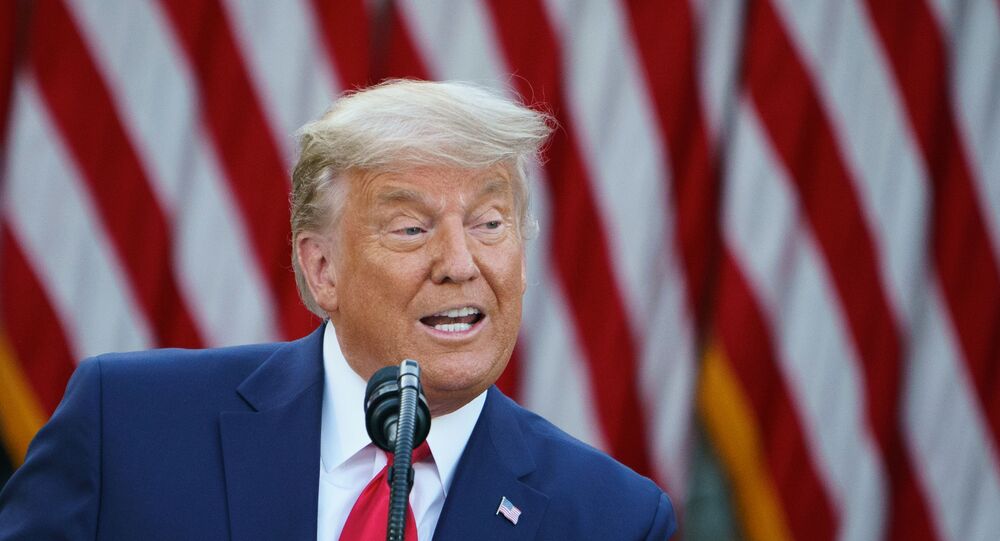 WASHINGTON, (Sputnik) - US President Donald Trump intends to issue a number of pardons today ahead of the Christmas holiday, Axios reported on Friday, citing sources with direct knowledge of the plans.

While it remains unclear who will be included in the batch of pardons, the sources said family members, friends and allies could be among them, the report said.

Senator Rand Paul has urged Trump to pardon Edward Snowden, but the Axios report cited a source close to the planning as saying they did not expect the American whistle-blower to be included among today's pardons.

Earlier in November, Trump issued a pardon for Flynn, who pleaded guilty to lying to the FBI during a probe into perceived Russian meddling in the 2016 election.

"Upon careful consideration of the motions, the applicable law, the entire record herein, and for the reasons explained below, the Court DENIES AS MOOT the government’s motion to dismiss pursuant to Rule 48(a), and GRANTS the government’s consent motion based on the presidential pardon and DISMISSES this case AS MOOT," Sullivan wrote in the order.

Flynn is the only person convicted within the investigation by Special Counsel Robert Mueller into possible collusion between the 2016 Trump campaign and Russia. He was accused of making "false and fraudulent statements" to the FBI regarding the nature of the contacts between the Trump campaign and Russian Ambassador to the United States Sergei Kislyak amid the 2016 election campaign. The former adviser originally pleaded guilty to giving false statements to the FBI, but later retracted the plea after evidence emerged that the FBI might have framed him and demanded that all charges against him be lifted, so the Justice Department dropped the case.

The Muller investigation found no evidence of collusion. Russia has repeatedly denied interfering in the US political system.