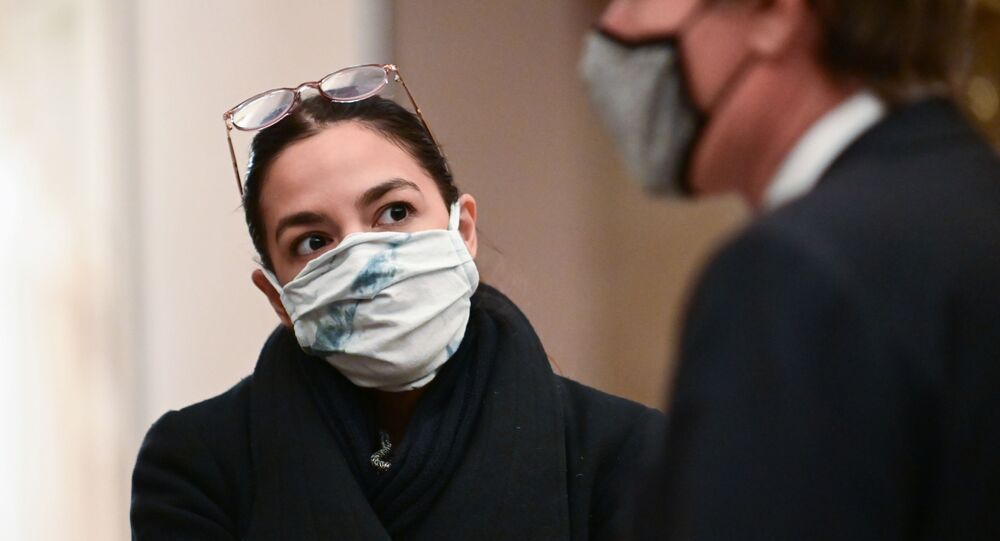 In a recent interview, US President-elect Joe Biden’s campaign manager and incoming White House deputy chief of staff, Jen O’Malley Dillon, made an explicit remark about Republicans in US Congress, describing most of them as “a bunch of f***ers” that her boss has promised to work with after his January 2021 inauguration.

On Wednesday, GOP Senator Marco Rubio, while tweeting on Jen O’Malley Dillon’s remark about Congressional Republicans, argued that the language used by President-elect Joe Biden’s incoming White House deputy chief of staff contradicts with Biden’s “talks about unity and healing” and, according to the GOP lawmaker, reflects what Democrats and the president-elect’s incoming administration “really think”.

US Democratic Congresswoman Alexandria Ocasio-Cortez on Thursday fired back at Rubio, slamming the senator for choosing to speak now, after he remained silent when one of his GOP colleagues called Ocasio-Cortez a “f***ing b**ch” while speaking to the press on the Capitol steps.

Ocasio-Cortez also shared an image of a remark she made during one of her interviews with the Vanity Fair magazine that reads “These are the same people saying that we can’t have tuition-free public colleges because there’s no money… when these motherf***ers are only paying $750 a year in taxes.”

The firebrand Dem lawmaker argued that the word used by Biden’s campaign manager to describe most Republicans was “the right word for those who fleece & scam working families.”

“[Senator Marco Rubio] you stood by in total silence when your GOP colleague called a Congresswoman a ‘f— b—’ on the Capitol steps in front of press. You weren’t big enough to speak then, & you don’t get to sob now,” Ocasio-Cortez replied to Rubio. “Tired of these people encouraging, ignoring, and excusing their own abusive behavior for years to then turn around and act like the biggest coddled babies in the world. People are hungry and this is what you’re mad about. Take that energy to supporting retroactive UI & checks.”

.@marcorubio you stood by in total silence when your GOP colleague called a Congresswoman a “f— b—“ on the Capitol steps in front of press.

You weren’t big enough to speak then, & you don’t get to sob now.

BTW that is the right word for those who fleece & scam working families. https://t.co/gKoCnJ4App pic.twitter.com/qIERPlV7HR

Tired of these people encouraging, ignoring, and excusing their own abusive behavior for years to then turn around and act like the biggest coddled babies in the world.

People are hungry and this is what you’re mad about. Take that energy to supporting retroactive UI & checks

Incoming White House deputy chief of staff Dillon made the explicit reference to Congressional Republicans during an interview with Glamour magazine while talking about President-elect Biden’s promise to work with the Republicans, unify the country and be a “president for all Americans.”

“The president-elect was able to connect with people over this sense of unity. In the primary, people would mock him, like, ‘You think you can work with Republicans?’ I’m not saying they’re not a bunch of f***ers. Mitch McConnell is terrible. But this sense that you couldn’t wish for that, you couldn’t wish for this bipartisan ideal? [Biden] rejected that,” O’Malley Dillon said.

AOC Ridiculed as Her Campaign Store Starts Selling 'Tax the Rich' Sweatshirt... for $58