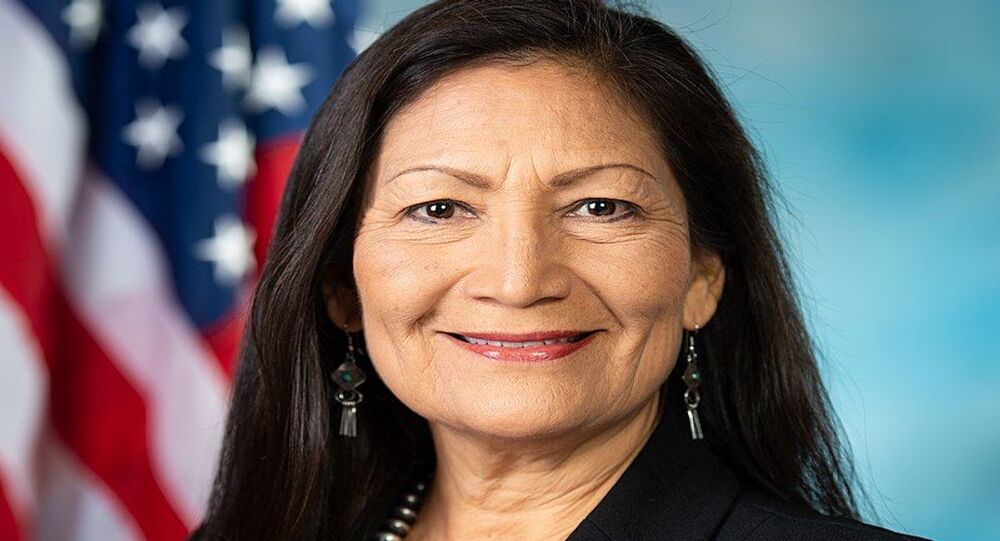 US President-elect Joe Biden is currently in the process of assembling his Cabinet. US lawmakers have urged Biden to nominate diverse members to establish an inclusive government. Specifically, officials have called on Biden to nominate an Asian American and Pacific Islander (AAPI) to fill one of the remaining “secretary-level” positions.

Biden tapped Rep. Deb Haaland (D-NM) to serve as the first Native American secretary of the US Department of the Interior, which oversees tribal affairs, according to multiple Thursday reports by US media, including the Washington Post, NPR and the New York Times.

The Department of the Interior will play a role in Biden’s attempt to combat global warming. The president-elect has promised to ban all new oil and gas drilling on public lands and waters, fuel from which accounts for almost a quarter of the US’ annual carbon output, the Post reported.

The Department of the Interior is also responsible for overseeing protected areas including more than 100 million acres of wilderness and 422 national park sites. It is further responsible for protecting more than 1,000 endangered species and water projects in the West that provide drinking water for large cities like Las Vegas and Los Angeles.

On Wednesday, Speaker of the US House of Representatives Nancy Pelosi called Haaland “one of the most respected and one of the best Members of Congress I have served with.”

“I am so proud that, as one of the first Native American women to have served in Congress, she serves as Chair of the Natural Resources Subcommittee on National Parks, Forests and Public Lands,” Pelosi said. “Congresswoman Haaland knows the territory, and if she is the President-elect’s choice for Interior Secretary, then he will have made an excellent choice.”

Haaland, 60, was born in Arizona to a Native American mother in the Navy and a Norwegian American father who served as an active-duty Marine. Haaland went to 13 different public schools as a child as her family moved to various military bases.

“As kids we moved a lot because my dad was in the service, but no matter where we were he would take us outside,” Haaland told the Post. “In New Mexico we would hike in Jemez during a rainstorm, or at other military bases we would visit the ocean.”

Haaland has a law degree from the University of New Mexico and served as the chair of the Democratic Party of New Mexico's Native American Caucus from 2012 to 2013.

She was also elected to a two-year term as the chair of the Democratic Party of New Mexico in April 2015, and her tenure saw New Mexico Democrats gain control of the state House of Representatives and the office of the New Mexico secretary of state.

Haaland has been the US representative from New Mexico’s 1st congressional district since 2019, becoming one of the first Indigenous women to be elected to Congress. Haaland is a member of Pueblo of Laguna, a tribe of Native American Pueblo people in west-central New Mexico, near the city of Albuquerque.

Biden has maintained his promise of establishing a diverse Cabinet and administration. In addition to choosing Sen. Kamala Harris (D-CA), whose mother emigrated from India, as his vice president, Biden has also nominated American Progress President Neera Tanden, who is of Indian descent, as director of the Office of Management and Budget, The Hill reported. Capitol Hill staffer Katherine Tai, the daughter of Taiwanese immigrants, has also been chosen by Biden as US trade representative. Vivek Murthy, the son of Indian immigrants, has been selected to return to his former role of US surgeon general.

In addition, Janet Yellen has been chosen to be the first female treasury secretary under the Biden administration, while Lloyd Austin has been nominated to be the first Black defense secretary. Alejandro Mayorkas will be the first immigrant and first Latino to head the homeland security department if confirmed, Reuters reported.

On Wednesday, Biden also announced former campaign trail rival Pete Buttigieg as his choice US secretary of transportation. If confirmed by the Senate, the former mayor of South Bend, Indiana would be the first openly gay member of a presidential Cabinet.