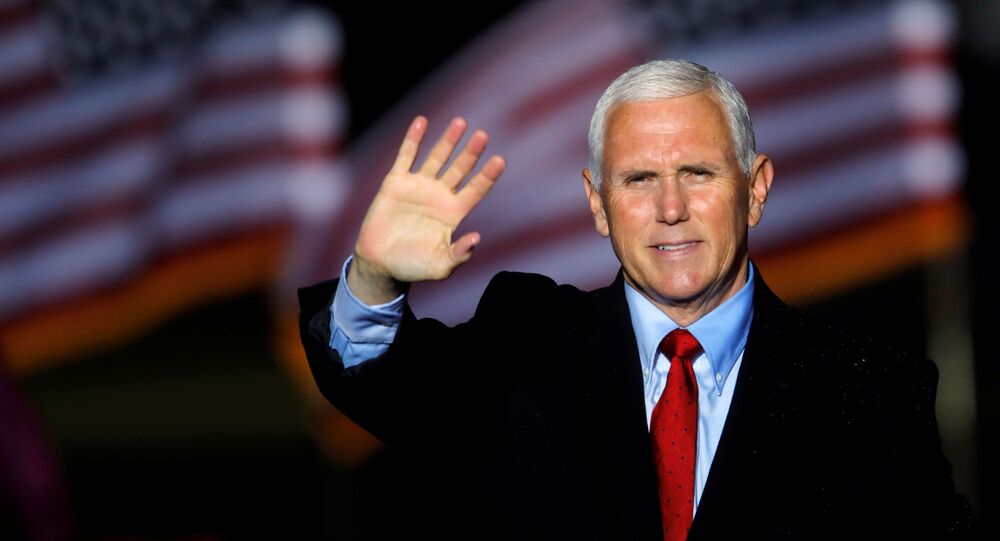 As the president of the Senate, US Vice President Mike Pence will preside over a January 6 congressional joint session, where bipartisan representatives from both legislative chambers will perform an official, out-loud count of the Electoral College votes from the presidential election.

Despite the ongoing COVID-19 pandemic in the US, Pence is scheduled to travel overseas to the countries of Bahrain, Israel and Poland shortly after the conclusion of the January 6 session, which will presumably see Congress formally confirm US President-elect Joe Biden as the winner of the 2020 presidential election, according to a government document viewed by Politico this week.

The referenced document notes that additional stops could be added to Pence's trip.

This will be Pence's first overseas trip during the pandemic, as he last traveled out of the country back in January, when he visited Rome, Italy; and Jerusalem, Israel.

“I suspect the timing is anything but coincidental,” a so-called Pence ally said, as reported by Politico.

The planned trip allows Pence to leave the country and avoid any in-person fallout from those who could possibly be angered by the January 6 congressional joint session.

🚨NEW On a Senate R call just now, @senatemajldr, @RoyBlunt & @SenJohnThune all pleaded with Senate Rs to NOT object to the election results Jan. 6.

MCCONNEL: it’s a “terrible vote” for the GOP. They’d have to vote it down, which makes it seem like they are anti Trump, he said

Biden got 306 Electoral College votes, well above the 270 margin needed to secure a victory over US President Donald Trump.

"It is impossible what happened," Tuberville told a crowd in Georgia on Thursday. "We're gonna get that all corrected. I'm gonna tell you - don't give up on [Trump]."

“In my judgment, if only lawful votes by eligible American citizens were cast, Donald Trump won the Electoral College by a significant margin, and Congress’s certification should reflect that,” Brooks, a five-term congressman, expressed to Politico earlier this month.

Just released data shows many thousands of noncitizens voted in Nevada. They are totally ineligible to vote!

The sitting president, who believes the election was stolen, on Tuesday tweeted a claim that a "poll" had found that "92% of Republican Voters think the election was rigged!" It's unclear who or what entity performed the survey.