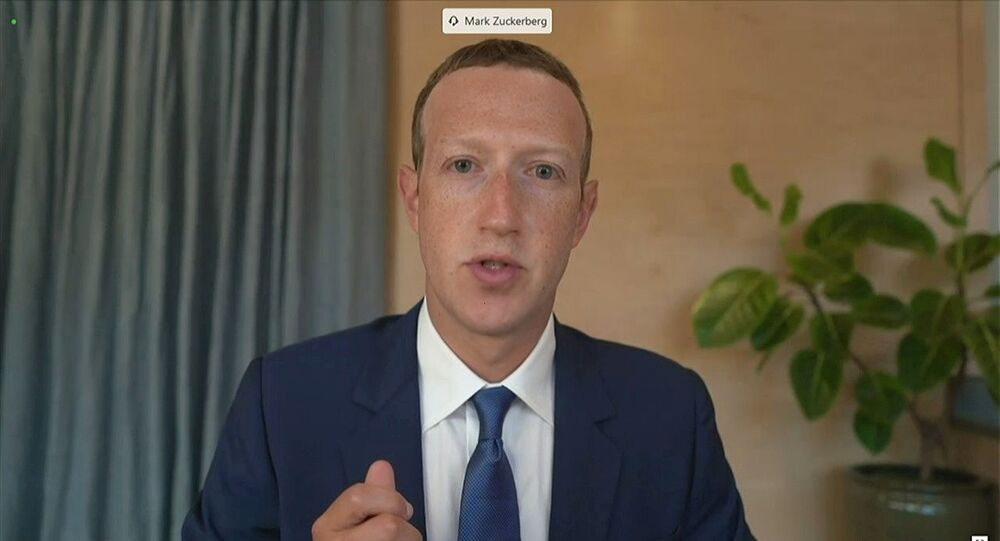 The Facebook founder and CEO's Chan-Zuckerberg Foundation gave $300 million to two NGOs, ostensibly to fund COVID-safe mass mail-in balloting in the November 3 presidential and Congress elections. But the Conservative Amistad project says that money was targeted at strongly Democrat-voting areas in a bid to influence the result.

The Amistad Project said it would bring a lawsuit based on its report, published on Wednesday, detailing how Zuckerberg and others funnelled in total $500 million through five foundations and 20 NGOs to city governments – ostensibly to keep voters safe during the COVID-19 pandemic.

That figure is half as much as the $1 billion Democrat president-elect Joe Biden spent on his lacklustre election campaign. The group argued Zuckerberg's funding deprived voters of a "free and fair" election as it was targeted at Democrat-supporting areas and individuals – creating a "two-tiered election system".

“The 2020 election witnessed a coordinated and concerted effort funded by Mr. Zuckerberg and other high-tech interests to use government to improperly influence the election for Joe Biden,” said Amistad Project Director Phill Kline.

“This network pumped hundreds of millions of dollars into local election systems using the COVID crisis as a pretence. Our report proves that in reality it was nothing more than a naked attempt to purchase an election. ‘Zuckerbucks’ and local election officials invited a billionaire into the consolidated ballot counting centres while kicking out the American people,” Kline said.

The report said that from the Soring of 2020, "left-leaning" organisations began filing lawsuits to challenge election laws covering mail-in voting, demanding that authorities drop requirements for voter and witness signatures and identification, delivery requirements, ballot deadlines and for voters to actively request a postal vote in order to receive one. Some even argued that the US constitution required all ballot return envelopes to be pre-paid.

The key swing state of Nevada was among nine states that sent mail-in ballots to all voters, while Arizona, Florida, Georgia, Michigan, Pennsylvania and Wisconsin allowed voters to use the coronavirus pandemic as justification when applying for one.

"Polling data revealed this coordinated assault on in-person voting generally favored Democrat Party voters who preferred to vote in advance, while placing Republicans, who preferred to vote in person, at a disadvantage," the report said, ironically echoing the pre-election liberal media narrative of a 'red mirage' of an early Trump lead erased by late counting of mail-in votes.

"These actions represent the beginning of the formation of a two-tier election system favoring one demographic while disadvantaging another demographic," it argued

The Chan-Zuckerberg Foundation, set up by the Facebook boss and his wife Priscilla Chan, announced on September 1 this year it was donating $250 million to the Center for Tech and Civic Life (CTCL) and $50 million to the Center for Election Innovation and Research (CEIR) to fund "safe and reliable voting" during the pandemic. The billionaire couple issued a joint statement with Michigan Secretary of State Jocelyn Benson and other officials from across the country.

"Many counties and states are strapped financially and working to determine how to staff and fund operations that will allow for ballots to be cast and counted in a timely way," Zuckerberg and Chan claimed at the time. These donations will help to provide local and state officials across the country with the resources, training and infrastructure necessary to ensure that every voter who intends to cast a ballot is able to, and ultimately, to preserve the integrity of our elections."

Other benefactors that funded those groups include the Skoll and Knight foundations and EBay founder Pierre Omidyar's Democracy Fund.

The Amistad Project said that money was not needed in Michigan, Pennsylvania and Wisconsin, where the federal government had already provided the necessary funding through the Help America Vote Act (HAVA) and the CARES Act.

"This privatization of elections undermines HAVA, which requires state election plans to be submitted to federal officials and approved and requires respect for equal protection by making all resources available equally to all voters," it said.

And the Amistad Project pointed out that the US constitution gives sole power over the administration of elections to state legislatures – not governors, secretaries of state or courts that backed changing the rules this year.

“This report paints a clear picture of a cabal of billionaires and activists using their wealth to subvert, control, and fundamentally alter the electoral system itself,” Kline stressed. “We must act now to prevent such privatized elections in the future. The American public deserves transparent and fair elections, not lawless elections directed by powerful private interests.”

© AP Photo / Evan Vucci
'It's Not Over': Why Team Trump Continues to Fight Regardless of Electoral College Voting for Biden
US President Donald Trump and his supporters continue to dispute the election result, with polls indicating the vast majority of Republican voters doubt the legitimacy of Biden's election.

​But establishment figures on both sides of the partisan divide seem unwilling to rock the boat by allowing any challenge to the results. Georgia Governor Brian Kemp and Secretary of State Brad Raffensperger – both Republicans – have denied Trump's calls for an audit to match the signatures on mail-in ballots with the envelopes they were sent in. And the Supreme Court has ruled against two challenges to the result, despite the 6-3 majority of Republican-appointed justices on its bench.

Joe Biden 'Confident' His Son Did Nothing Wrong, Media Says