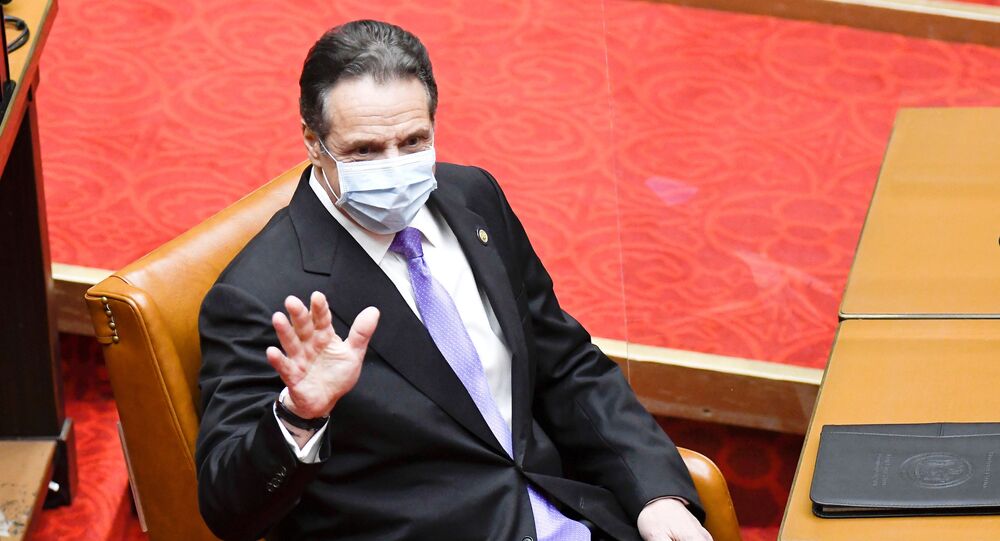 Many institutions, including NASCAR, have recently forbidden the display of 'Confederate' flags in the wake of nationwide demonstrations protesting police brutality, racism, and social injustice in the United States following the killing of an unarmed African-American man named George Floyd at the hands of white Minneapolis police officers in May.

New York State Governor Andrew Cuomo on Wednesday signed a bill into law, effective immediately, banning the sale or display of Confederate flags, along with other “symbols of hatred”, including swastikas, on state property.

“This country faces a pervasive, growing attitude of intolerance and hate — what I have referred to in the body politic as an American cancer,” Cuomo wrote in a bill-signing memo, cited by The New York Post. “By limiting the display and sale of the confederate flag, Nazi swastika and other symbols of hatred from being displayed or sold on state property, including state fairgrounds, this will help safeguard New Yorkers from the fear-installing effects of these abhorrent symbols.”

The new law allows the display of such symbols when proper educational and historical context is provided.

Although the new bill is intended to counter intolerant racist and anti-Semitic behavior, Cuomo acknowledged that it may contrast with free speech protections listed in the US Constitution’s First Amendment, adding that the edict needs “certain technical changes”.

“While I fully support the spirit of this legislation, certain technical changes are necessary to balance the State’s interests in preventing the use of hate symbols on state land with free speech protections embodied in the First Amendment of the United States Constitution,” the governor said.

Commenting on possible legal challenges expected to face the new bill, Floyd Abrams, a First Amendment lawyer, argued that Cuomo could face challenges that are beyond a quick “technical” fix.

A spokesperson for the office of the New York governor told the NYP that the state's legal team is intending to engage in consultations with the state Legislature to review the bill and form a possible amendment.

“There’s going to be a chapter amendment that limits the prohibitions at the state fair, to ensure that we are respecting the protections that the Supreme Court has recognized for individuals and vendors at state fairs to exercise their First Amendment rights,” explained Maya Moskowitz, press secretary of bill sponsor state Sen. Alessandra Biaggi, quoted by the outlet.

In the wake of mass protests across the US, triggered by the killing of an African-American man, George Floyd, at the hands of white police officers in Minneapolis, Minnesota, many institutions banned display of Confederate flags, with the state of Mississippi redesigning its flag to remove the Confederate battle emblem. NASCAR has also banned the divisive flag from its events.

Some parts of the US military, including the Marine Corps and commands in South Korea and Japan, have also removed the emblem from their installations. The Pentagon in the wake of the social backlash launched an initiative to strip the names of Confederate war figures out of military bases.