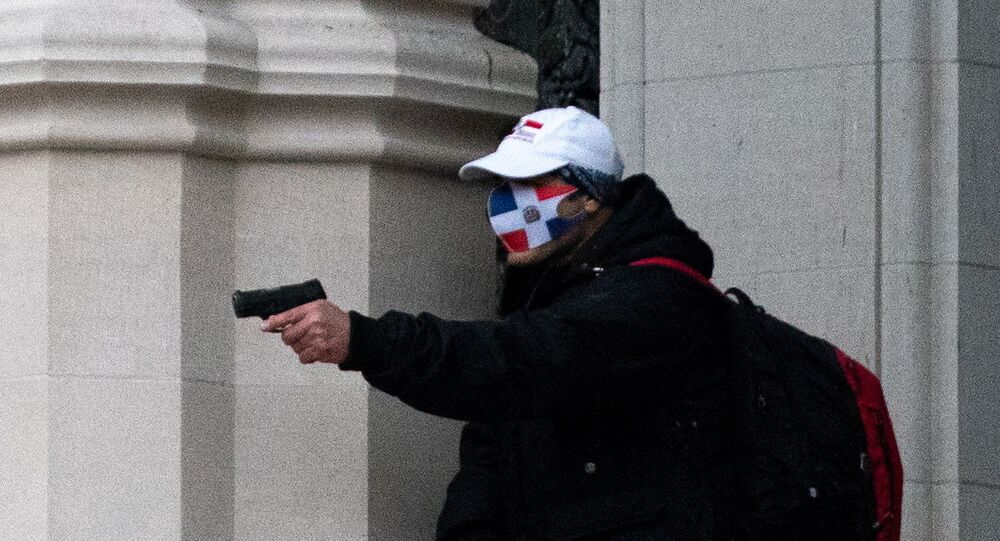 On Sunday, a shooting incident took place on the steps of the historic Cathedral Church of St. John the Divine in Manhattan, New York, at the end of a Christmas choral concert attended by several hundred people. A lone gunman, identified as 52-year-old Luis Vasquez, was shot at the scene by NYPD officers.

A note allegedly recovered by New York police from the pocket of Luis Vasquez, the gunman who opened fire on Sunday in front of the historic Cathedral Church of St. John the Divine in Manhattan, New York, reveals that the 52-year-old had planned to take hostages, WNBC-TV of New York City reported, citing a senior law enforcement official.

According to the unnamed official, Vasquez planned to take hostages during his attack at the church, demanding that the US government, along with American banks and corporations, give money to help the poor in Latin America.

In the note, the gunman reportedly pointed out that he was not willing to hurt anybody unless the government refused to meet his demands. He also acknowledged that he might never return to his apartment in the Bronx, where he lived with his mother.

Vasquez also expressed his anger at the “US regime which has committed robbery and more against the people of Latin America.”

According to the station, the attacker did not go into detail on how he would detain his hostages at the scene of the shooting. However, some of the possessions found in a backpack believed to belong to the attacker indicate that he was planning to take hostages. According to New York City Police Commissioner Dermot Shea, the bag contained “a full can of gasoline, rope, wire, multiple knives, a Bible.”

Vasquez, in his note, reportedly did not expect to return to his home although the reason for his targeting of the Cathedral of St. John the Divine remains a mystery.

On Sunday, Vasquez staged a shooting on the steps of the Manhattan Cathedral of St. John the Divine following a Christmas choral concert attended by about 200 people. NYPD officers, present at the scene when the gunman opened fire, shot him at least once in the head. The attacker reportedly died of gunshot wounds in the hospital.

No other injuries were reported at the scene of the shooting.