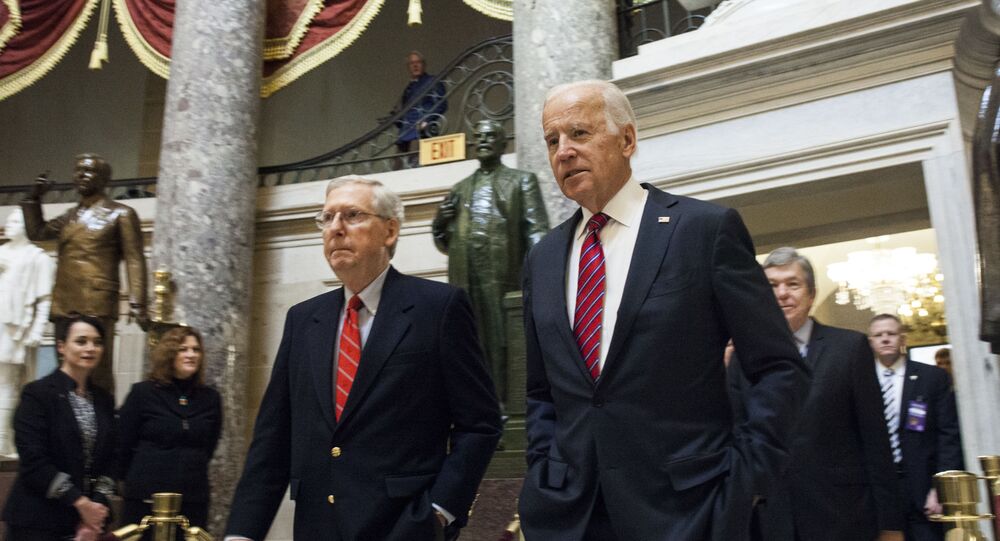 Democratic President-elect Joe Biden has taken heavy flak from his Republican opponents, who have accused his picks for cabinet of being corrupt, partisan and soft on China. In his Electoral College victory speech Monday, Biden reiterated a promise to serve as “president for all Americans.”

Biden campaign manager and incoming deputy chief of staff Jen O’Malley Dillon has provided an unflattering characterization of the Republicans that her boss has promised to work with come January.

“The president-elect was able to connect with people over this sense of unity. In the primary, people would mock him, like, ‘You think you can work with Republicans?’ I’m not saying they’re not a bunch of f***ers. Mitch McConnell is terrible. But this sense that you couldn’t wish for that, you couldn’t wish for this bipartisan ideal? [Biden] rejected that,” O’Malley Dillon said in an interview with Glamour magazine.

The former vice president, she added, had “set out with this idea that unity was possible, that together we are stronger, that we, as a country, need healing, and our politics needs that too.”

O’Malley Dillon stressed that Americans would like to see their leaders “moving in a path forward,” and expressed hope that “this negative, polarized electorate that politics has created” was something that “we can break down.”

On Tuesday, McConnell, leader of the Republicans in the Senate, formally congratulated Biden and his running mate, Kamala Harris, on winning the November election following Monday’s Electoral College vote.

Despite the Biden team’s platitudes about unity and healing, moderate Republicans and die-hard Trump supporters alike have berated him over his cabinet picks. A NPR/PBS NewsHour/Marist poll released last week found that only about a quarter of Republican voters had accepted the outcome of the 3 November election.

President Donald Trump continues to refuse to concede the election, accusing Democrats of robbing him of victory using faulty voting machines, mass mail-in ballot dumps in the dead of night, and other tricks. Trump has reported having “hundreds and hundreds” of sworn affidavits and thousands of testimonies to back up his campaign’s allegations, but so far the claims have failed to stick in any state court. On Friday, the Supreme Court threw out a case brought by the state of Texas which accused several battleground states of violating their own election laws through last minute changes to ease regulations on mail-in ballots, saying the case had no merit.

Biden Won’t Scrap Sanctions as US Policy Tool, Will Increase Pressure on Some States, Report Says