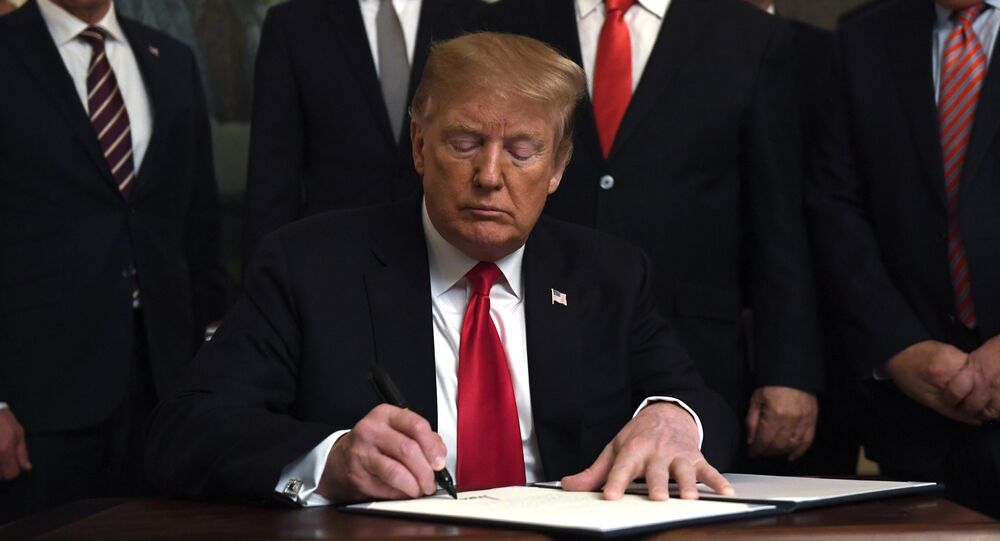 Coalition of 15 US States Warns Trump Admin. of Legal Requirement to Preserve Records

WASHINGTON (Sputnik) - A letter to White House Counsel Pat Cipollone from the attorneys general of 15 states warned President Donald Trump and his staff that they are required by law to preserve all records, including presidential tweets, New York Attorney General Letitia James said in a press release on Wednesday.

"All staff in the Executive Office of the President - which includes President Donald Trump - must comply with the law and take all necessary steps to preserve and maintain presidential records, including tweets, notes of private conversations, and emails from private servers improperly used to conduct government work," the release said.

James claimed Trump and his administration had routinely violated record-preservation laws and requested that the White House counsel confirm presidential records laws before the January 20 inauguration of President-elect Joe Biden.

James cited a report claiming Trump had concealed details of his conversations with Russian President Vladimir Putin and another report critical of First Lady Ivanka Trump using a personal email account to contact government officials as examples that she claimed violated the law.