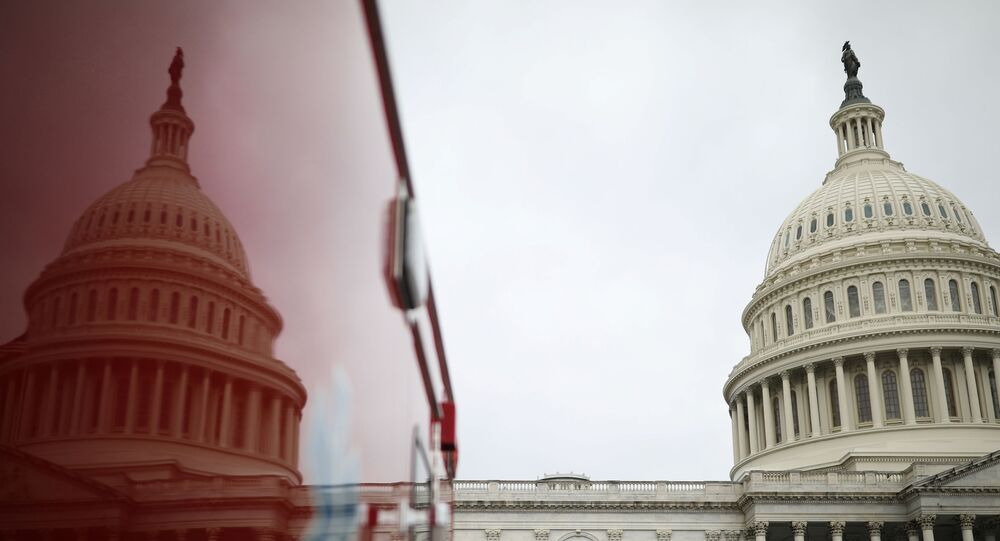 As President-elect Joe Biden, who is an advocate of firearms reform, prepares to take office in 2021, some newcomer Republican lawmakers are set to make a name for themselves as supporters of open carry.

A number of House Democrats are contesting long-standing regulations that permit lawmakers to carry weapons on Capitol Hill, after an incoming congresswoman from Colorado said she wants to bring her Glock with her into office.

A total of 21 Democratic politicians are calling on House Speaker Nancy Pelosi and House Minority Leader Kevin McCarthy to drop the 1967 regulation, exempting lawmakers from complex-wide restrictions on carrying weapons in public, The Hill reported on Wednesday.

Headed by Jared Huffman of California, a prominent advocate of gun restrictions, the group of Democrats issued a letter arguing that allowing politicians to be armed does not help security and increases risk as Capitol Police would not know who is carrying weapons.

“Ultimately, the current regulations create needless risk for Members of Congress, their staff, members of the Capitol Police, and visitors to the Capitol grounds," the letter sent on Tuesday reads.

The group claims that due to a lack of House guidelines regarding safe storage of weapons, “a firearm that is not secured could easily end up in the wrong hands.”

Among those backing the letter are Jackie Speier of California, who was shot and wounded during a 1978 congressional trip to the Jonestown cult settlement in Guyana, and Mike Quigley and Robin Kelly from Chicago, which has witnessed rising gun violence in recent years.

The restrictions would apply to both the public and politicians.

Lauren Boebert, a prominent Colorado pro-gun activist who runs Shooters Grill, asked Capitol Police if she could continue to carry her firearm on her hip upon taking office in January.

The question is not whether or not I’ll be carrying in the halls of the Capitol.

We all know I will.

The real question is to conceal the Glock or open carry. pic.twitter.com/77IVDdpHRY

​This comes after at least four people were stabbed and one shot on Saturday during clashes between supporters of President Donald Trump and Antifa counter-protesters outside the White House and throughout the state.

The violence broke out in Washington DC after a "Stop the Steal" rally backing Trump's electoral fraud claims.

Thousands of Trump loyalists took to the streets on Saturday afternoon to oppose the election of  Joe Biden, who they claim stole the 2020 presidential election.