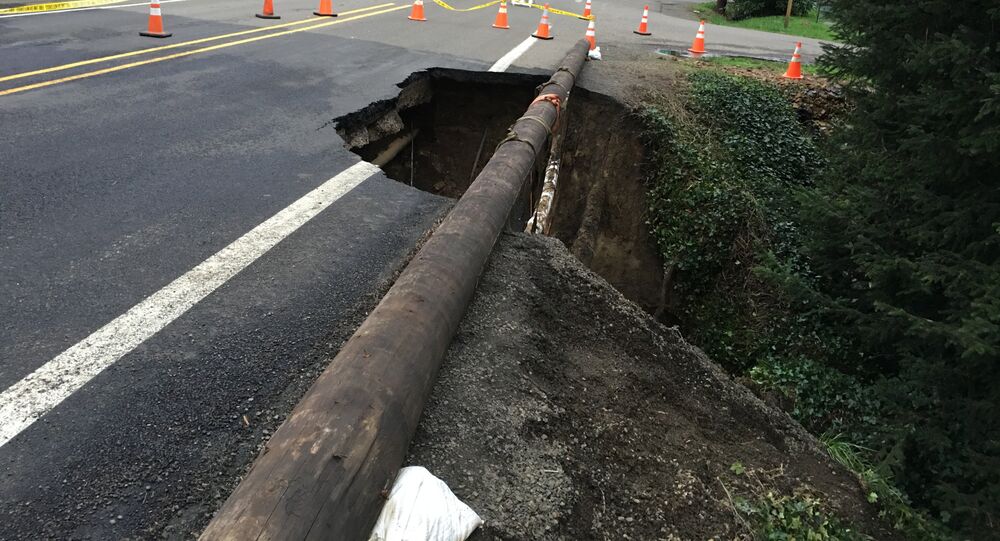 Measuring approximately "16.5 feet deep with the opening at the surface 4 feet wide," the hole contained "10 feet of fill from the 20th century."

When a mysterious sinkhole appeared in Boston’s Dorchester neibourhood in Ronan Park, the locals were shocked. But archeologists have finally managed to get to the bottom of the phenomenon.

A video inspection of the hole by City of Boston Archaeologist Joe Bagley established that it was originally a well belonging to the house of Mary Pierce, “that would have been in use until the house received running water in the late 19th century.” No human or animal remains were visible inside.

More details on the #DorchesterSinkhole: the hole was originally a well associated with the house of Mary Pierce. It would have been filled in when the home received running water in the late 1800s. Read @BostonArchaeo’s findings: https://t.co/Fu1Moiv2UJ pic.twitter.com/ulOb2A9mSW

​"Boston is an old city, with many mysteries still hiding under its surface," said Bagley. "It's amazing to see this piece of an old Dorchester estate in a park. Open wells are, fortunately, very uncommon."

Mary Pierce's house was demolished in 1912 after the land was sold to the city, in order to create the park.

According to a statement posted on the city's official website, the hole measured "16.5 feet deep with the opening at the surface 4 feet wide," and contained "10 feet of fill from the 20th century on top of what appeared to be an original yard surface and the 'top' of the well."

City authorities will fill the hole and reseed the soil by the end of December.