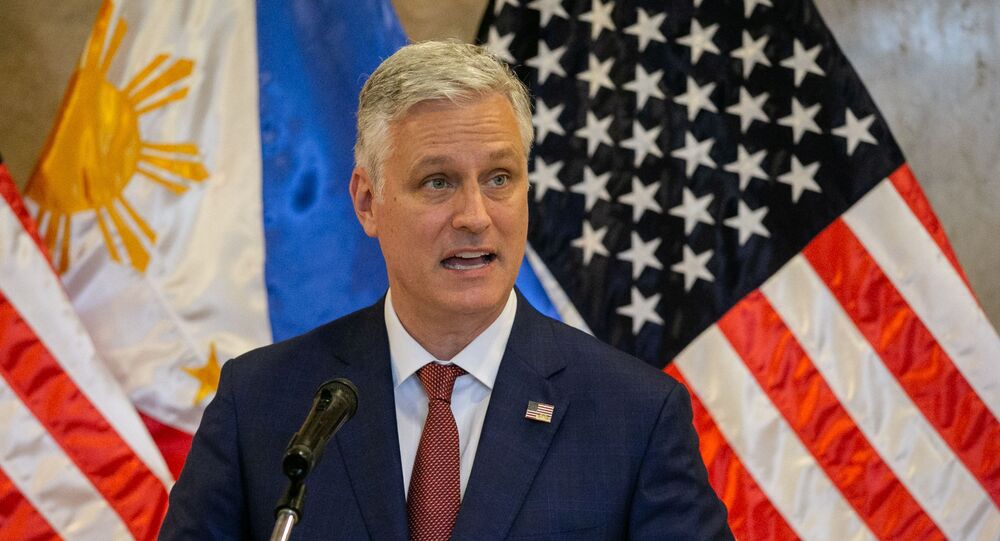 "Ambassador O'Brien is returning to address the hacking incident," the spokesman said as quoted by the Wall Street Journal on Tuesday.

The report said O'Brien will be in meetings Tuesday evening and Wednesday morning followed by a high-level interagency meeting later this week.

O'Brien was on diplomatic business and was scheduled to return on Saturday. He concluded trips to Israel and France but had scheduled stops later this week in Italy, Germany, Switzerland, and the United Kingdom.

On Sunday, US media reported that a hacking group allegedly backed by a foreign government had stolen data from the Treasury Department and the National Telecommunications and Information Administration.

The hackers reportedly got access by compromising the Texas-based SolarWinds software. The company provides remote information technology services around the world, including several US government agencies and the military.

The Russian Embassy in the United States said US media reports accusing Russian hackers for the recent cyber-attacks are unfounded.