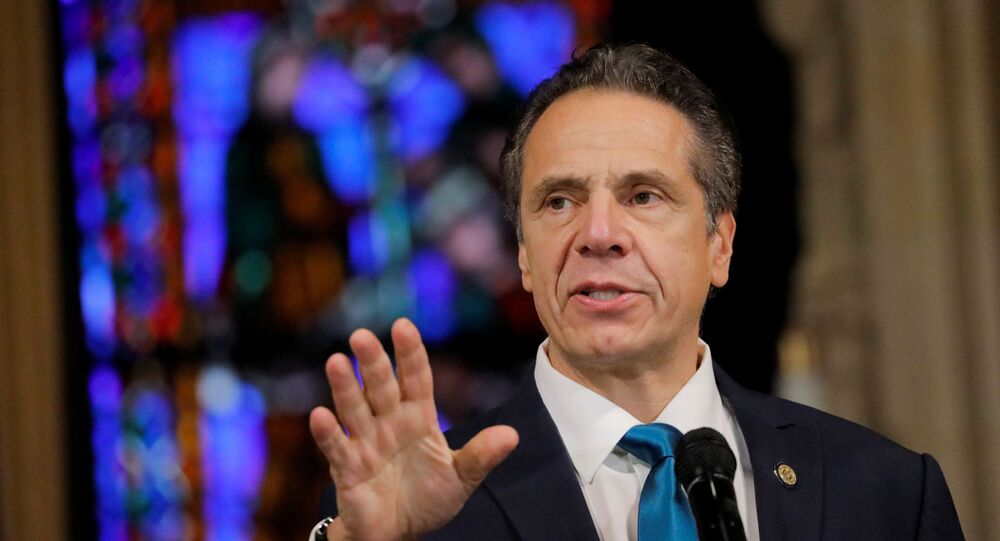 A former special advisor to New York Governor Andrew Cuomo and an official with the state government, Lindsey Boylan, 36, worked in the governor's office between 2015-2018. She ran for the US Congress in 2020, but lost the Democratic primary, and currently is running for the Manhattan borough presidency as a Democrat.

The governor of the state of New York, Andrew Cuomo, on Monday denied all allegations of sexual harassment made by former aide Lindsey Boylan in a series of tweets accusing Cuomo of making inappropriate comments on her appearance. Cuomo added that the former aide "has the right to come forward and express her opinion".

Cuomo was questioned at a press conference by a reporter regarding a viral Twitter thread by Boylan, a former special advisor to the governor and deputy secretary for economic development within the state's government, and now a candidate for president of the Manhattan borough.

"Yeah, I heard about the tweet, and what it said about comments that I had made," Cuomo said. "It's not true. Look, I fought for and I believe a woman has the right to come forward and express her opinion, and express issues and concerns that she has, but it's just not true."

This statement is the first public remark made by Cuomo since Boylan's posts on Sunday, in which she accused him of sexually harassing her "for years", without, however, specifying any instances of abuse.

Boylan added that she "could never anticipate what to expect," including whether she'd be "grilled on my work (which was very good) or harassed about my looks" or both.

In one tweet Boylan promised to dedicate her "whole life to put myself in positions of power to change things" and "to end the violence & corruption".

Earlier, a New York governor spokeswoman denied the assertions made by the former official.

According to media reports, Boylan declined requests to offer evidence of for further comment. She later tweeted that she "has no interest" in talking to journalists.

To be clear: I have no interest in talking to journalists.

I am about validating the experience of countless women and making sure abuse stops.

My worst fear is that this continues. And as @FKAtwigs said yesterday, my second worst fear is having to talk about and relive this.

​​Previously Boylan called her job at the governor's office the "most toxic team environment", and suggested that she is still going to therapy to cope with her memories, after she, according to her own description, resigned of her own will.

I tried to quit three times before it stuck. I’ve worked hard my whole life. Hustled - fake it till you make it style.

That environment is beyond toxic. I’m still unwrapping it years later in therapy!

​"Don’t be surprised that it’s the same small group of white people sitting alongside him at every presser. The same group that he has had by him the whole time, doing his dirty work. If you’re not one of those handful, your life working for him is endlessly dispiriting", she tweeted.

Cuomo was reportedly among those picked by the projected 2020 presidential race winner, Joe Biden, to serve as the US attorney general, and Boylan was particularly vocally against, tweeting that Cuomo is "taking advantage of people".

There are fewer things more scary than giving this man, who exists without ethics, even more control.

I saw how he wielded power for years. He takes advantage of people, including me.