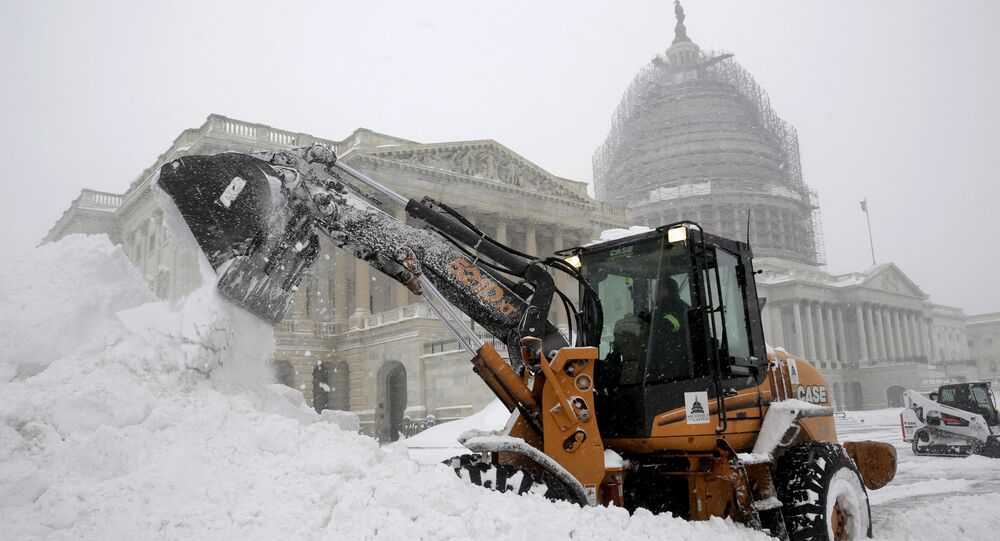 US Northeast to Get Blasted by Winter Storm Bringing Heavy Snow, Powerful Winds

Forecasters are predicting that a weather system, since dubbed Winter Storm Gail, may dump multiple inches of snow and possibly become one of the biggest snow and ice storms to strike the US Northeast in several years.

Meteorologists issued a wide-ranging set of winter storm watches and advisories on Monday ahead of Winter Storm Gail’s anticipated arrival in the region, which is expected to start late Tuesday and last into Thursday in some areas.

Although there are some uncertain factors, such as how strong the cold air to roll in may be, meteorologists have stated that light snow and sleet or freezing rain may develop late Tuesday over parts of North Carolina, Virginia and West Virginia before significant amounts of snow begin to fall in Washington, DC, Maryland, Pennsylvania, New York and Massachusetts.

According to The Weather Channel, snowfall totals in areas spanning from West Virginia to southern New England may reach a foot or more, but will certainly reach at least 6 inches. Some snow totals may not be quite as heavy due to the potential mixture of sleet and rain.

“The potential for heavier snow in the major East Coast cities will largely depend on the exact track of the storm and the strength of low-level cold air,” the outlet explains, adding that initial mixes of sleet and rain may “slowly change to rain” by Wednesday afternoon.

By AccuWeather’s estimates some areas under storm advisories may see between 24 inches and 30 inches of snow dumped on them. Additionally, the region is expected to be hit with strong winds that may hit speeds of 60 mph.

“In this area, winds can frequently gust between 40 and 50 mph, dropping the visibility to near-zero at times at the height of the storm Wednesday night into Thursday morning.”

Sosnowski further noted that the winter storm “will almost certainly surpass the entirety of last winter’s snowfall totals for major cities such as Washington, DC, Philadelphia and New York City in one fell swoop.” Snowfall totals recorded at the three cities reached a whopping 11.1 inches.

Gov. Andrew Cuomo (D-NY) urged residents during a Monday briefing to “not only monitor their local weather reports for updates, but start preparing their homes, their families and themselves for heavy snow as well.”

While some communities may not experience snow, forecasters are warning that the wintry mix may prompt ice storms in western North Carolina and in Virginia. With a projected ice glaze of up to 0.25 inches, officials have sounded off that power outages may emerge as a result.

Those hoping for a white Christmas may be in luck, according to AccuWeather meteorologist Tyler Roys, who indicated that “it could also turn a bit more active again” next week.

By the outlet’s count, the last snowstorm to batter the Northeast over the Christmas holiday unfolded in 2010 and brought between 12 and 32 inches of snow across the region. The 2010 storm became so intense that all three major airports in the New York metropolitan area were shuttered.