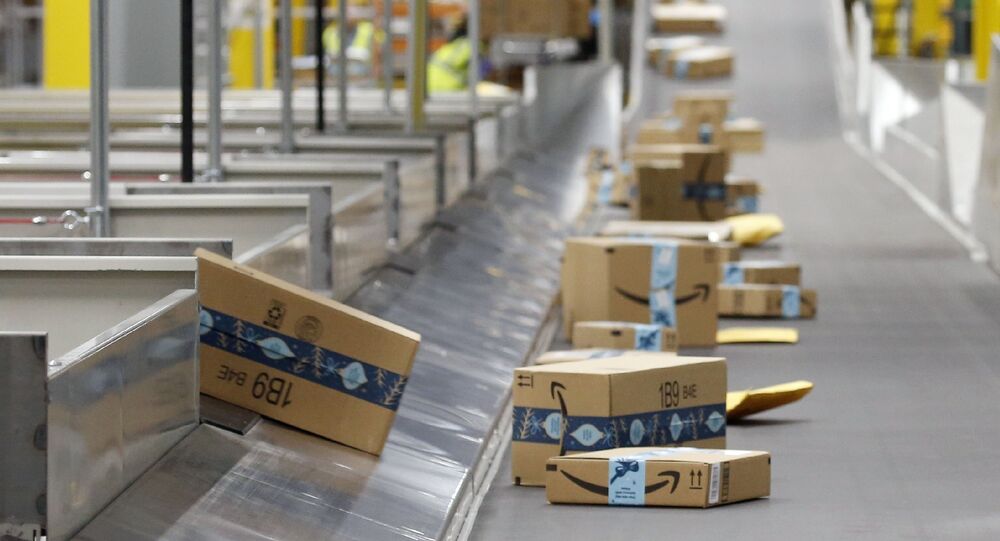 While Amazon claims its safety enhancements have reduced COVID-19 transmission in its facilities, stories have emerged about inadequate safety practices and indifference from management, and the retail giant has dodged attempts to audit its safety measures by the US state of California.

The Golden State has brought a lawsuit against internet retail giant Amazon for failing to comply with subpoenas for information about worker safety at their facilities across the state. The suit was filed Monday in the California Superior Court in Sacramento.

According to a Monday news release, Amazon has ignored investigative subpoenas filed on August 19 seeking information about the extent and nature of the company’s COVID-19 prevention efforts, including sick leave policies, cleaning procedures and raw data on the number of infections and deaths at its facilities in California. The suit notes that California Attorney General Xavier Becerra has been pursuing the information since May.

“Amazon has made billions during this pandemic relying on the labor of essential workers. Their workers get the job done while putting themselves at risk,” Becerra said in the release. “It’s critical to know if these workers are receiving the protections on the job that they are entitled to under the law. Time is of the essence. Amazon has delayed responding adequately to our investigative requests long enough. We’re seeking a court order to compel Amazon to comply fully with our investigative subpoenas.”

According to the state’s coronavirus tracking website, 1.58 million Californians have contracted COVID-19, and 21,046 people have died. On Sunday, 33,278 new cases were recorded, and 77 people died. A new stay-at-home order went into effect earlier this month, but unlike the mass social lockdowns seen in the spring, factories and warehouses are not closing their doors.

Amazon has boasted of its safety efforts, including “testing regularly and broadly” and introducing or changing 150 processes to improve safety. In October, the company claimed a comparison of its data to that collected by Johns Hopkins University showed a 42% lower infection rate than the general population. The company has 1.3 million employees.

In a Sunday op-ed in The Guardian, former US Secretary of Labor Robert Reich decried what he called Amazon’s “Scrooge capitalism,” a reference to the infamously parsimonious main character of Charles Dickens’ “A Christmas Carol.”

He described a recent email from a worker at a Amazon’s Whole Foods delivery warehouse in Industry City, Brooklyn, New York, who described how in the last six weeks, six of her co-workers had tested positive for COVID-19 because of a total lack of concern for basic safety practices like social distancing. When they bring up their concerns with management, they are either castigated or offered a leave of absence without pay.

The US’ Occupational Safety and Health Administration (OSHA), the agency responsible for monitoring and enforcing safety practices in workplaces across the country, seems to be asleep at the wheel: Reich noted it has received more than 10,000 complaints of unsafe conditions during the pandemic, but issued just two citations.

California’s Division of Occupational Safety and Health handed Amazon a fine for failing to provide adequate safety features at two of its California facilities, but that fine was just $1,870, according to the Los Angeles Times, which noted it was the smallest fine the state agency had ever given a business for a COVID-19 violation.

“Decades ago, employees in most large corporations could remedy unsafe working conditions by complaining to their union, which pressured their employer to fix the problems, or to the Occupational Safety and Health Administration (founded in 1970), which levied fines,” Reich wrote. “Alternatively, they could embarrass their companies by going public with their complaints. As a last resort, they could sue.”

“None of these routes is readily available to Amazon warehouse workers – nor, for that matter, to warehouse workers at Walmart, or to most workers in other super-spreader COVID workplaces such as meatpacking plants and nursing homes,” he added. “Amazon’s workers have no union. Throughout its 25-year history, the corporation has aggressively fought union organizing.”

On that count, at least, Reich appears to be wrong. Amazon was also previously sued in October by workers at a Staten Island, New York, facility, who noted the company had not been “honest and forthcoming” in its supposed compliance with another previous court order in June against punishing workers as an incentive to maximize productivity.

In September, international charity Oxfam noted that Amazon founder Jeff Bezos, already the world’s richest man with an estimated $180 billion in wealth, has made so much money since the pandemic began that he could give every Amazon employee a $105,000 bonus and still be as rich as he was beforehand.

France Slaps Google, Amazon With a Total of 135 Mln Euros in Fines