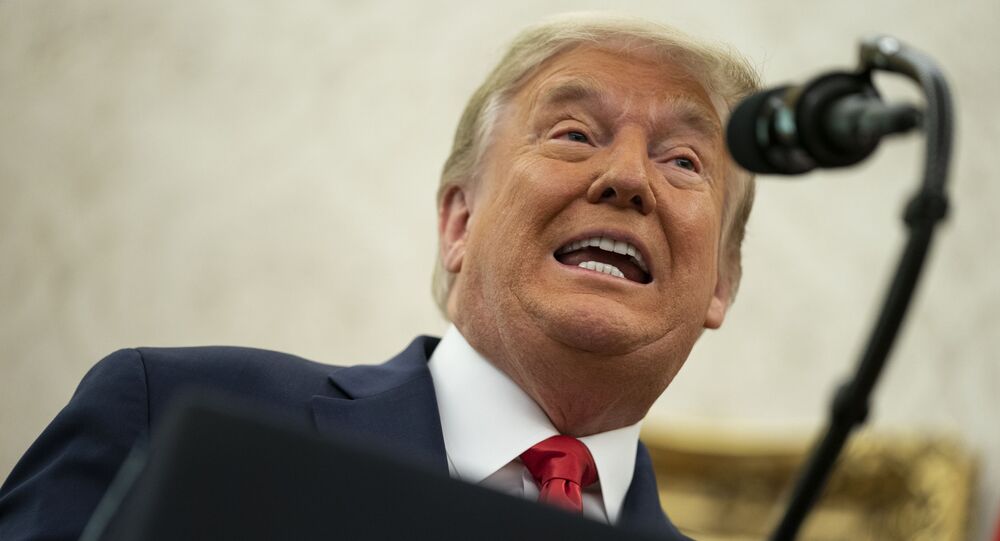 The lawsuit challenged the election results in four battleground states - Georgia, Michigan, Pennsylvania, and Wisconsin - where state officials have certified Democrat Biden as the winner.

President Donald Trump slammed the US Supreme Court on Sunday for blocking the legal efforts to overturn the results of the 2020 presidential election.

Trump called it "absurd", adding that the Supreme Court just "chickened out".

His tweets came with less than 24 hours remaining before the Electoral College comes together to cast their votes for the next president of the United States.

...They just “chickened out” and didn’t want to rule on the merits of the case. So bad for our Country!

On Saturday, the Supreme Court rejected the lawsuit filed by the Attorney General of Texas, Ken Paxton, challenging the 62 Electoral College votes obtained by Joe Biden in Georgia, Michigan, Pennsylvania, and Wisconsin. The lawsuit accused state officials of violating their own statutes under the pretext of the pandemic. Namely, it referred to the mail-in-ballots that had been sent to every registered voter and delays of the deadlines for vote counting.

While Joe Biden is projected to become the next president-elect, Trump has sought to overturn the election results, insisting his victory was "stolen" via mass fraud and irregularities. His legal team has filed numerous lawsuits, which so far have failed to attain significant results.

Prior to Election Day, President Trump had repeatedly expressed concerns about the mail voting system. Democrats had been advocating for it as a safe voting alternative amid the COVID-19 pandemic. However, Trump suggested that it could potentially lead to election fraud.

Trump has refused to concede, but said earlier that if the Electoral College votes for Biden, he will "certainly" vacate the White House, adding, though, that it would be a "mistake" on their part.