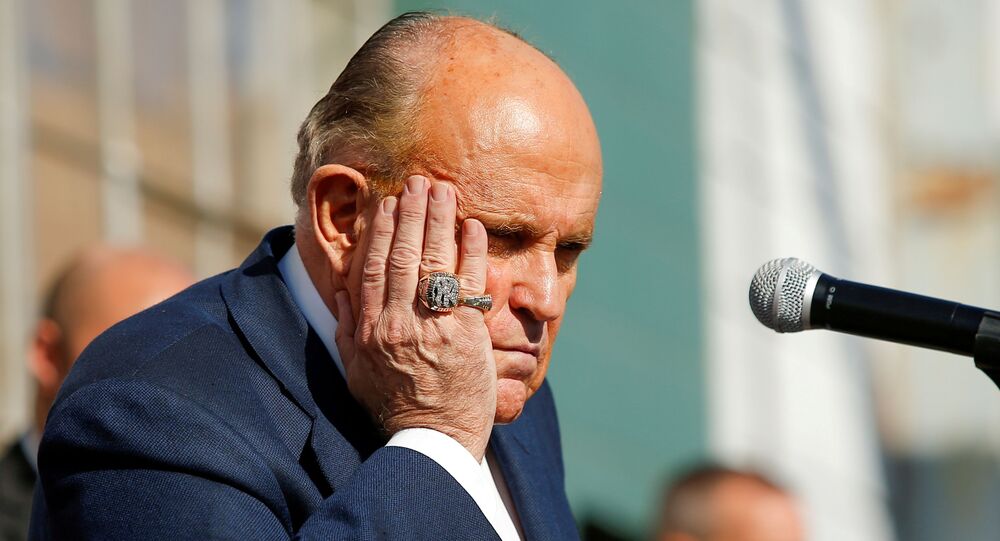 Although Rudy Giuliani, who's been leading the Trump team's legal challenges against the election results, has said that they are "not finished", the US Electoral College is already expected to cast their votes and thus finalise the count of the 2020 presidential election in the United States.

Even as the US Supreme Court has rejected the Texas lawsuit to overthrow the election results in four states - Pennsylvania, Michigan, Georgia and Wisconsin – US President Donald Trump's personal attorney Rudy Giuliani has announced that the President's legal team will continue to try to contest the election results, The Hill reports.

Although the Supreme Court argued that Texas "has not demonstrated a judicially cognisable interest in the manner in which another State conducts its elections," Giuliani suggested that Trump might bring his complaints to lower courts.

"The case wasn’t rejected on the merits, the case was rejected on standing. So the answer to that is to bring the case now to the district court by the President, by some of the electors, alleging some of the same facts where there would be standing," he said as quoted by the media outlet, during an interview on Newsmax.

Giuliani also suggested that there's nothing stopping them from "filing these cases immediately in the district court in which the President of course would have standing, some of the electors would have standing in that their constitutional rights have been violated."

This development, however, comes after a federal judge in Milwaukee has rejected a Trump campaign's lawsuit to overturn Joe Biden's electoral victory in Wisconsin.

On 14 December, the US Electoral College is expected to convene and cast their votes, thus finalising the 2020 presidential election in the country, with the next President of the United States then slated to be sworn in on 20 January 2021.