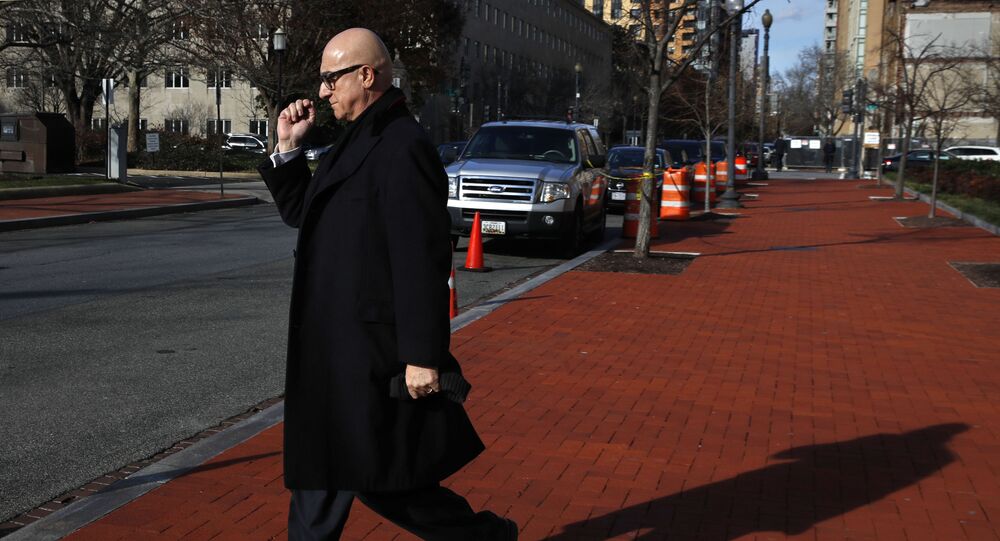 A three-year prosecution case against Trump’s short-lived national security adviser Gen. Michael Flynn was officially dismissed this week. Earlier, the US President pardoned his former staffer after he was accused of lying to the FBI about the nature of his conversations with Russia’s ambassador to the US while Trump was president-elect.

America's Fourth Circuit Court of Appeals convened on Friday to decide if a pair of guilty verdicts against Bijan Rafiekian – aka Bijan R. Kian – should be revived, Politico reported. The Iranian-American businessman is a former partner of Michael Flynn’s lobbying firm Flynn Intel Group.

In 2018, Flynn pleaded guilty to lying to the FBI when he was questioned in 2017 about his conversations with Sergei Kislyak, the then Russian ambassador to the US. Flynn also agreed to cooperate with the Special Counsel’s Robert Mueller probe into the Kremlin’s alleged interference in the US 2016 presidential election – the same investigation also highlighted the activities of his consulting firm.

Rafiekian was then accused of two counts of violating the Foreign Agent Registration Act through his consulting activities, but pleaded not guilty to the charges. In July 2019, he was found guilty of acting as an unregistered agent of Turkey and illegally lobbying on Ankara’s behalf in the US.

However, in September 2019, US District Court Judge Anthony Trenga dismissed the indictments and acquitted Rafiekian due to insufficient evidence.

According to Politico, all three appeals judges still believe that case against Rafiekian is not baseless and there is at least some “decent circumstantial” evidence against Flynn’s business associate.

No final decision was reached on Friday, the outlet reported, stating that the judges are still able to reinstate two counts of guilty verdicts against Rafiekian, who was on the Board of Directors of the Export–Import Bank of the United States during George W. Bush’s presidency.

Meanwhile, Rafiekian’s case could also be sent back to Trenga, who will give the businessman a new trial if his acquittal is eventually overturned.

Obama-era Judge James Wynn Jr. told the media that it’s not easy to prove the defendant’s guilt in cases like this.

“You’ve got to rely upon reasonable inferences. Very seldom are you going to get the agent to come up and testify, the country has told me to do something and therefore I’m working with them. If you’re going to do it, it’s going to happen in this way,” judge Wynn Jr. said.

On Tuesday, DC District Court Judge Emmet Sullivan dismissed prosecution case against General Michael Flynn, several weeks after former national security advisor was pardoned by President Donald Trump in November over making false statements to the FBI charge. In May, Rafiekian’s legal team urged Attorney General William Barr to review their client’s case. However, they have now refused to comment on the possibility of a “pardon” for Flynn’s ex-associate.