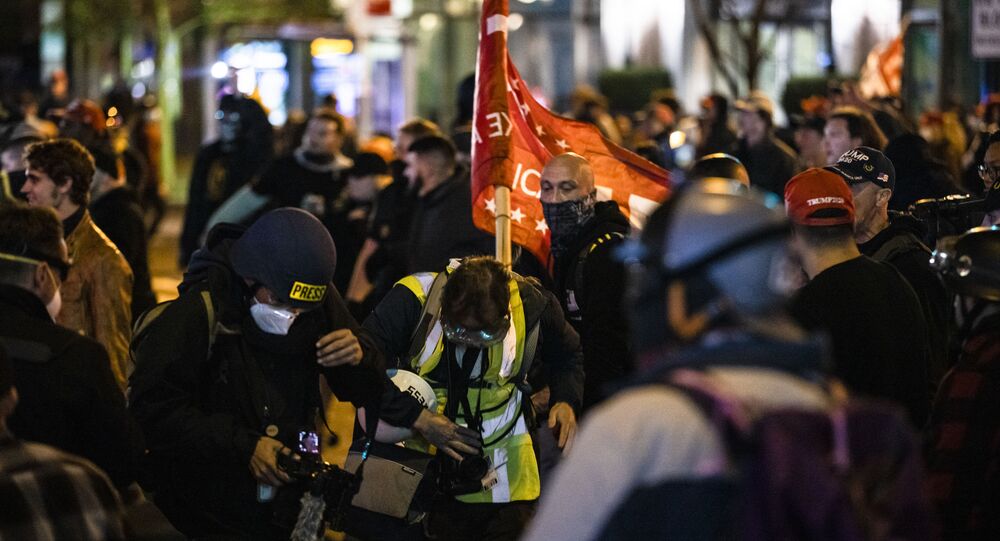 MOSCOW (Sputnik) - One person was shot during the dueling rallies held by US President Donald Trump’s supporters and opponents in the capital of Washington state, Olympia, police said.

"There's been a shooting on the Capitol Campus. The suspect has been detained. We do not have any status on the victim," Washington State Patrol said on Twitter on Saturday, adding that "This incident occurred at the Capitol Campus during the protest activities."

According to Olympia police, at least 4 arrests were made during the Saturday protests at the Capitol Campus and at least 4 law enforcement officers were injured.

Earlier, it was reported that at least 23 people were arrested during the Saturday rallies in Washington, DC. According to Fox News, at least 8 people were taken to the hospital in DC, including two law enforcement officers.

In the early hours of Saturday morning, Trump wrote on Twitter that the Supreme Court had "really let us down" as the institution refused to challenge the results of the presidential election in Wisconsin, Georgia, Pennsylvania, and Michigan, after a lawsuit was filed by the state of Texas.