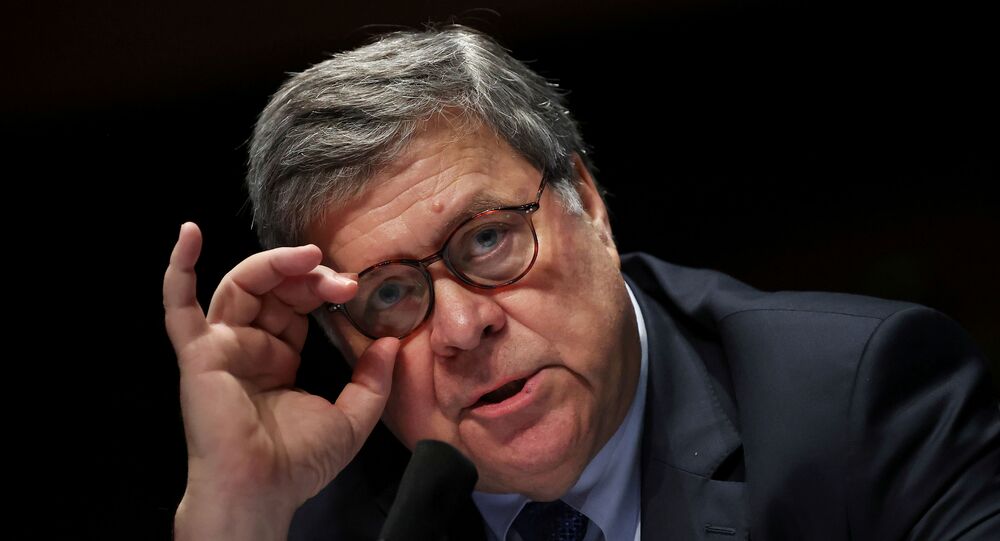 President Donald Trump and his legal team have previously criticised Attorney General Bill Barr for failing to take action on claims of ballot-rigging in the presidential election, but this week it emerged he had kept quiet about a probe into Hunter Biden over possible tax evasion.

US President Donald Trump has laid into Attorney General William Barr for his silence over investigations into Democrat president-elect Joe Biden's son.

Trump tweeted in the wake of revelations that Barr and his Justice Department knew of multiple probes into Hunter Biden's tax affairs this spring but kept them quiet even after Trump's personal attorney Rudy Giuliani leaked other material from the laptop that Biden had abandoned at a Delaware computer repair shop.

Trump asked why Barr hadn't revealed the information before the election, accusing his opponent of lying to cover up the embarrassing truth about the former vice-president.

Joe Biden attacked Trump during the presidential debates for paying only a few hundred dollars in tax a year - although the president protested that he had pre-paid tens of millions to the Internal Revenue Service.

Trump also appeared to accuse the Justice Department of dragging its feet on allegations against the Bidens, including that Hunter took payments from Ukrainian and Chinese businesspeople in return for access to his father and his political influence. He said investigations would go nowhere with Biden in the White House.

​And Trump appeared to endorse a tweet by radio host Todd Starnes calling for Barr's immediate sacking, agreeing that classified documents need to be released.

© Sputnik / Sputnik/Artur Gabdrahmanov
Trump Supporters, Opponents Hold Rival Rallies in Washington, DC After SCOTUS Election Ruling
The president has repeatedly accused the liberal media, which openly opposed his election in 2016, of covering up the Hunter Biden laptop story and failing to hold the Democrat candidate to account on a range of issues.

Trump and Giuliani have attacked Barr in recent weeks over his failure to act on allegations of electoral fraud in the November 3 election. Trump led by large margins in key swing states before millions of mail-in votes, almost all for Biden, were added to the tallies in the small hours of the following morning.