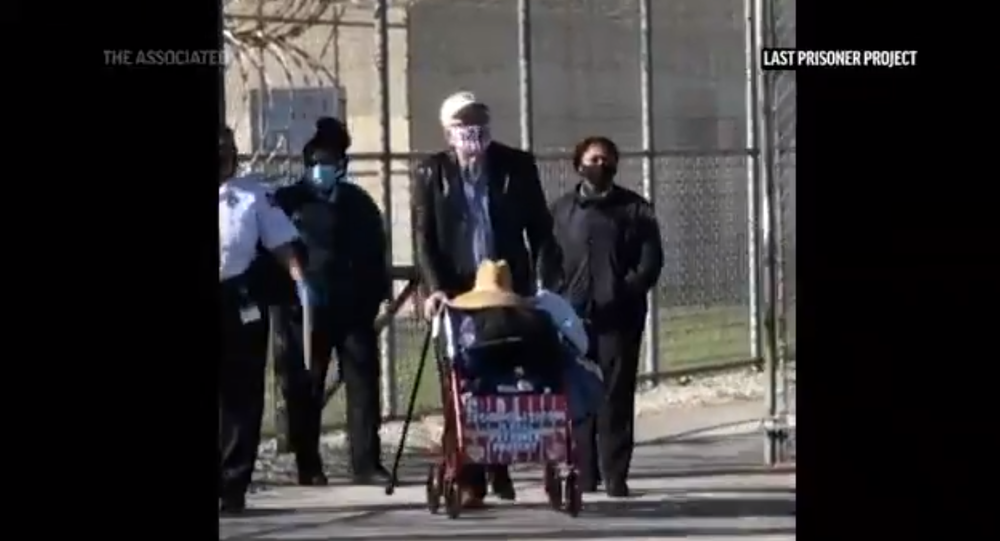 While incarcerated, the now-71-year-old endured the loss of both of his parents, his wife and his 23-year-old son. Now free, he wants to help free other nonviolent individuals from harsh prison sentences.

Richard DeLisi walked out of a Florida prison on Tuesday after serving more than 31 years of a 90-year prison sentence for trafficking marijuana.

According to DeLisi, he believes he was sentenced to 90 years behind bars in 1989 because the judge believed that he, an Italian New Yorker, was part of an organized crime ring.

The Associated Press noted the usual sentence for his marijuana trafficking charge was 12 to 17 years at the time. The Last Prisoner Project, which championed the 71-year-old's release, dubbed DeLisi "America's longest-serving nonviolent cannabis prisoner."

"I'm a blessed human being, a survivor," DeLesi said in a Wednesday phone interview with the Associated Press.

He told the outlet that he became a mentor to younger inmates while incarcerated.

“Prison changed me. I never really knew who God was, and now I know, and it changed the way I talk to people and treat people,” DeLesi detailed. “For me, being there so long, I was able to take gang members from gangs to gentleman.”

Now on the outside, DeLesi says he wants “to make the best of every bit of my time" and fight for the release of other inmates via his organization FreeDeLisi.com

“The system needs to change, and I’m going to try my best to be an activist,” he said.

While DeLesi was the one imprisoned, he was not the only member of his family who suffered over the 31 years.

“It’s just kind of like torment on your soul for 31 years,” son Rick DeLisi told the Associated Press, speaking of his father's imprisonment. “I was kind of robbed of my whole life so I just appreciate that I can witness it, but on the other hand I feel like isn’t somebody responsible? Is there somebody that can answer to this?”

The son revealed that in addition to his mother's death, his brother died of an overdose, and his sister was paralyzed from a horrific car accident.

Rick DeLisi also fled the country at the age of 17 in an attempt to escape the pain of what had happened to his family. He currently lives in Amsterdam.

“There’s a feeling of who’s responsible for this debt in my mind, and justice,” he added. “I don’t mean debt with money. I mean something more valuable. Time. Something you can never get back.”

Medical Marijuana Could Be New Cash Crop Export to US and Europe, Says Rwanda