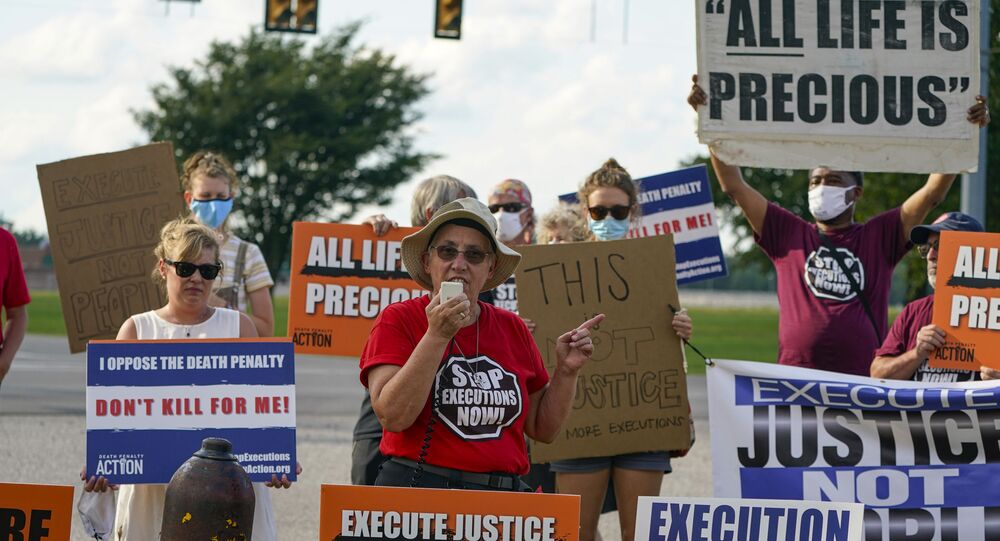 Federal executions were stopped for 17 years but then in July 2020 they were restarted by President Donald Trump. Now he seems in a rush to "off" as many people on the federal Death Row as he can before Joe Biden takes over.

Brandon Bernard became the ninth federal prisoner to be executed this year on Thursday, 10 December, and President Trump has four other men in his sights.

Political protocol has previously frowned upon federal executions between election day and the inauguration of a new president in January.

​But Trump is an iconoclastic president and he decided to ignore last minute pleas from celebrities, including none other than Kim Kardashian West, who called Bernard in his final hours and tweeted extensively on Thursday night.

Bernard, who was a member of a Texas street gang, was 18 when he and four friends abducted and robbed Todd and Stacie Bagley, from Iowa, as they returned from a church service in Killeen, Texas.

​The terrified couple were forced into the trunk of the car and Bernard’s friend, Christopher Vialva, 19, shot them before Bernard doused the car with lighter fluid and set it on fire.

Bernard, 40, admitted the crime and his last words before he was executed by lethal injection at a federal prison in Terre Haute, Indiana were: "I'm sorry. That's the only words that I can say that completely capture how I feel now and how I felt that day. I wish I could take it all back, but I can't."

Todd Bagley's mother, Georgia, thanked Trump and Attorney General William Barr and said: “Without this process my family would not have the closure needed to move on in life."

​She said Bernard and Vialva - who was executed in September - carried out a “senseless act of unnecessary evil.”

On Friday, 11 December, Alfred Bourgeois, 56, is due to be executed for the murder of his two-year-old daughter.

Bourgeois, a truck driver, smashed his daughter’s head against the window and dashboard of his vehicle after she tipped over her potty by accident.

​The other three due to be executed are Cory Johnson - who killed seven people while dealing drugs in Richmond, Virginia - Dustin Higgs, who kidnapped and murdered three women in Washington DC - and Lisa Montgomery, who strangled Bobbi Jo Stinnett in Missouri, cut her baby out of the womb and stole her.

Trump is the first president to execute federal prisoners during the lame-duck period since Grover Cleveland in the 19th century.

The last time executions occurred in a lame-duck period was when Grover Cleveland was president in the 1890s.

Four of the five inmates due to be executed before Biden’s inauguration on 20 January are black men and the fifth is a white woman - who would be the first female inmate executed by the federal government for 60 years.