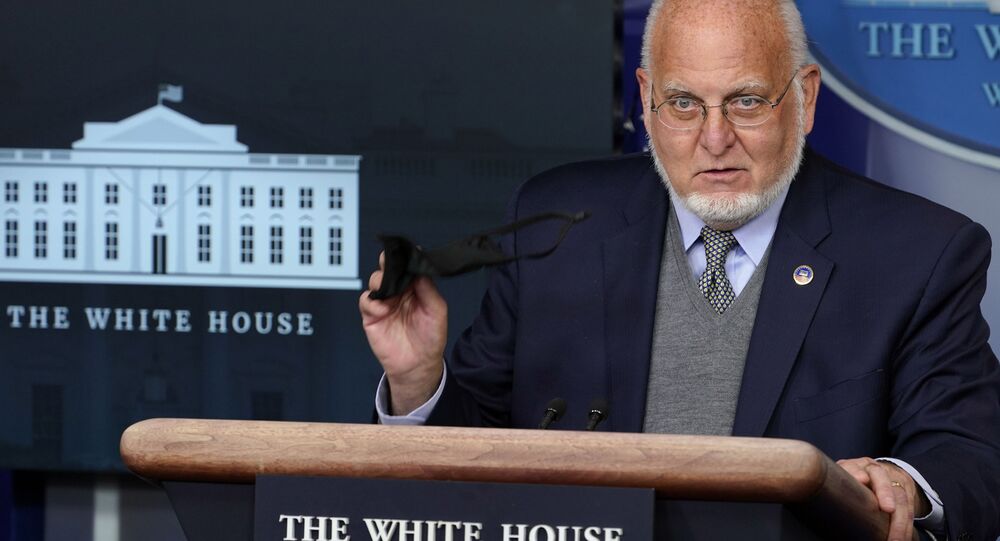 The warning came just after the health authorities had confirmed a grim record of more than 3,000 fatalities from the novel coronavirus registered in the US in the past day.

Centers for Disease Control and Prevention (CDC) Director Robert Redfield has issued a grim projection for the United States, suggesting that given the current trend, the coronavirus death toll registered per day could surpass that from the 9/11 attack or Pearl Harbor.

Just today, a US Food and Drug Administration (FDA) advisory panel approved Pfizer's coronavirus vaccine for use on Americans, while experts predict that a decline in the number of cases should not be expected until February, even despite vaccinations.

"We are in the timeframe now that probably for the next 60 to 90 days we're going to have more deaths per day than we had at 9/11 or we had at Pearl Harbor", Redfield said at an event hosted by the Council on Foreign Relations on Thursday.

President Trump signed an executive order prioritising vaccine access against COVID-19 for Americans before it can be delivered to other countries hit by the pandemic. Trump had repeatedly promised that Americans would obtain a vaccine by Election Day and accused its developer Pfizer of conspiring with Democrats and the FDA to deliberately slow down vaccine approval in a bid to undermine his re-election campaign.

At the same time, talks on the next coronavirus relief package have been stalled on Capitol Hill for more than nine months already, since Congress passed the CARES Act in March. House Democrats and Senate Republicans differ mostly on the size of the next stimulus, and how to distribute the aid between citizens and businesses.

The United States has long been topping the world's coronavirus toll, both in terms of cases and fatalities confirmed. According to the Johns Hopkins University count, more than 15.5 million people have been infected and at least 292,000 have died from the disease.