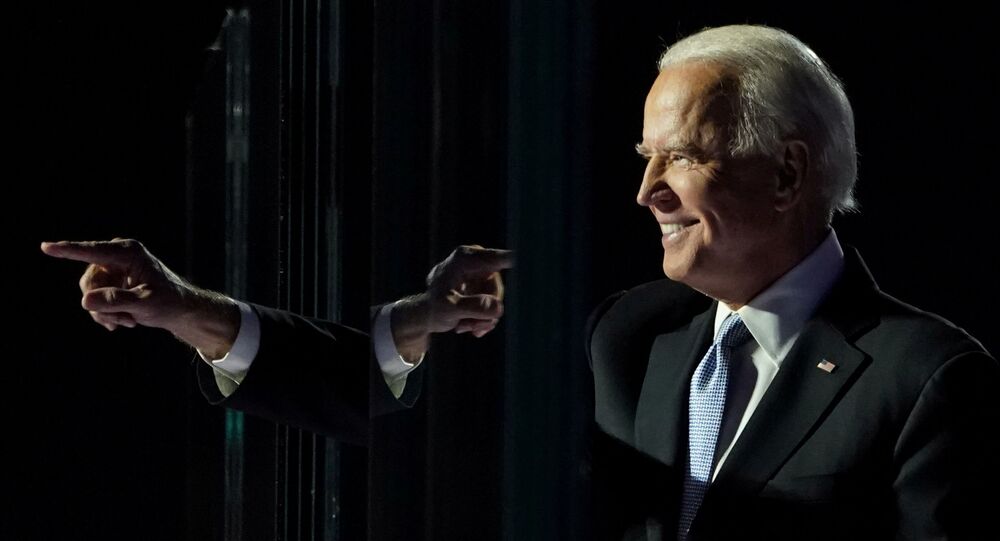 Calls to defund or even dismantle the police emerged in the wake of anti-police protests in the United States which followed the death of black Minneapolis resident George Floyd and continued throughout the summer.

Presumed president-elect Joe Biden said that Republicans have shaken the position of Democrats over calls to defund the police, media reported on Thursday, citing leaked audio of his virtual meeting with civil rights leaders.

During the meeting, Biden allegedly recommended that Democrats should not go "too far" with the police reform, given that the conservatives have already "labelled us as being 'defund the police'", arguing that it was not what his party has pursued and what they indeed wanted, which was allegedly to give police money to "do the right things".

"That's how they beat the living hell out of us across the country, saying that we're talking about defunding the police. We're not. We're talking about holding them accountable", Biden allegedly said in the audio obtained by The Intercept.

The former vice president previously said he was "totally opposed" to the idea of defunding the police, but was still an advocate of urgent political reform, as his spokesperson confirmed in June.

The idea of defunding or dismantling the police was voiced by protesters during the unrest over racism and police brutality and was actually supported by local Democratic authorities. Likewise, NYC Mayor Bill de Blasio and Los Angeles Mayor Eric Garcetti pledged to divert funding for the police to social service programs.

In the heat of the protests, President Donald Trump repeatedly slammed the idea of defunding American law enforcement department, calling instead on local governments to get riots under control and re-establish law and order in the country.