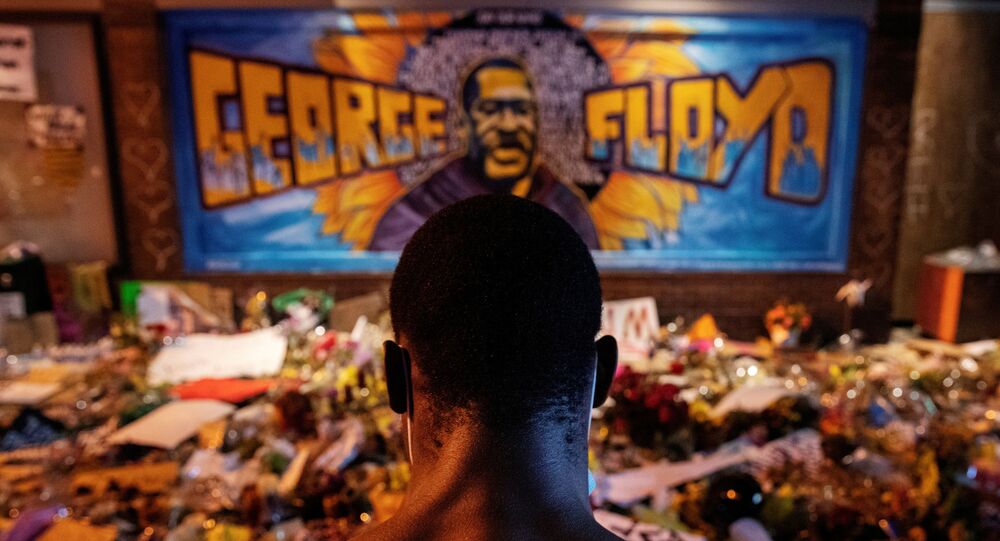 Calls to "defund the police" echoed across the US following the May 25 death of Minneapolis, Minnesota, resident George Floyd, an unarmed Black man who was killed after being handcuffed, pinned to the ground and knelt on by Minneapolis Police Department (MPD) officer Derek Chauvin.

Nearly seven months after Floyd's death, the Minneapolis City Council unanimously voted 13-0 on Thursday to adopt a budget that will slash the MPD's funding by $7.7 million.

However, the staffing projections for the MPD remain unchanged.

"My colleagues were right to leave the targeted staffing level unchanged from 888 and continue moving forward with our shared priorities," Minneapolis Mayor Jacob Frey, a Democrat, said in a Thursday statement obtained by local outlet Star Tribune.

The city leader previously threatened to veto the City Council's entire budget if it chose to move forward with its proposed 750-cop cap on the city's authorized police force. The mayor slammed the initial proposal as "irresponsible."

City Council member Steve Fletcher, who co-authored the proposal seeking a lowered cap on MPD staffing, expressed that Minneapolis has more work to do, as "we cannot afford to remain stuck in the past any longer."'

"Tonight the City Council passed a budget that represents a compromise, and also a big step forward into a more compassionate and effective public safety future," he said on Wednesday, as reported by CBS News.

MPD Chief Medaria Arradondo argued to members of the City Council this week that overtime for police officers is "a necessity" and that additional funds would need to be authorized for overtime by forthcoming 2021 votes by the council.

"If our officers are out at a call, be it an accident or an assault or a robbery, they will not just stop their duties when their 10-hour shift is up," he explained. "They will stay there to complete the task."

While the city has endured an increase in crime since the police killing of Floyd, dozens of cops have filed disability claims citing symptoms of post-traumatic stress disorder.

“If you want to talk about pandemics, we’re dealing with a pandemic of violence,” Minneapolis resident Cathy Span said to the Washington Post. “We’re under siege. You wake up and go to bed in fear because you don’t know what’s going to happen next. . . . And our city has failed to protect us.”