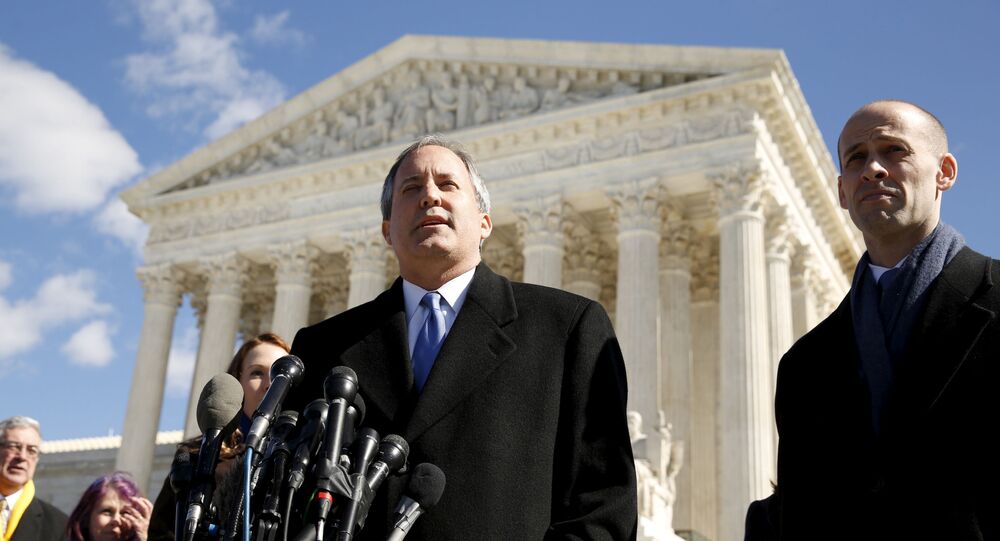 Seventeen US States Back Texas Bid To Overturn Biden Election

The suit filed by Texas Attorney General Ken Paxton with the Supreme Court late on Monday night seeks to compel the states of Georgia, Michigan, Pennsylvania, and Wisconsin to invalidate their 62 total Electoral College votes over alleged election irregularities.

Along with Texas they represent most of the southern and midwestern US.

Texas Attorney General Ken Paxton filed the suit with the Supreme Court late on Monday night, petitioning justices to force the states of Georgia, Michigan, Pennsylvania, and Wisconsin to allow their state legislatures to disregard the contested results in those states and appoint electors of their own choosing to the Electoral College that decides the next president.

Paxton argues that the decisions of those states' executive governments to change election rules to allow mass mail-in balloting - ostensibly in response to the coronavirus pandemic - violated the constitution and should not have been allowed without the approval of state legislators.

© AP Photo / Ron Harris
Georgia’s Republican Governor Tells Lawmakers They Won't Be Picking Electors for Trump
Trump would win with the votes of any three of those states. If three of them refuse to appoint electors for either Trump or Biden, Congress will vote by state delegations, with one vote per state, in a contingent election where Republicans would have the majority.

The Supreme Court has given the four target states until Thursday to respond to the suit. State legislatures have until 14 December to appoint electors from slates nominated by the contesting parties.

The state legislatures of Georgia, Michigan, Pennsylvania, and Wisconsin are controlled by Republican majorities in both houses.