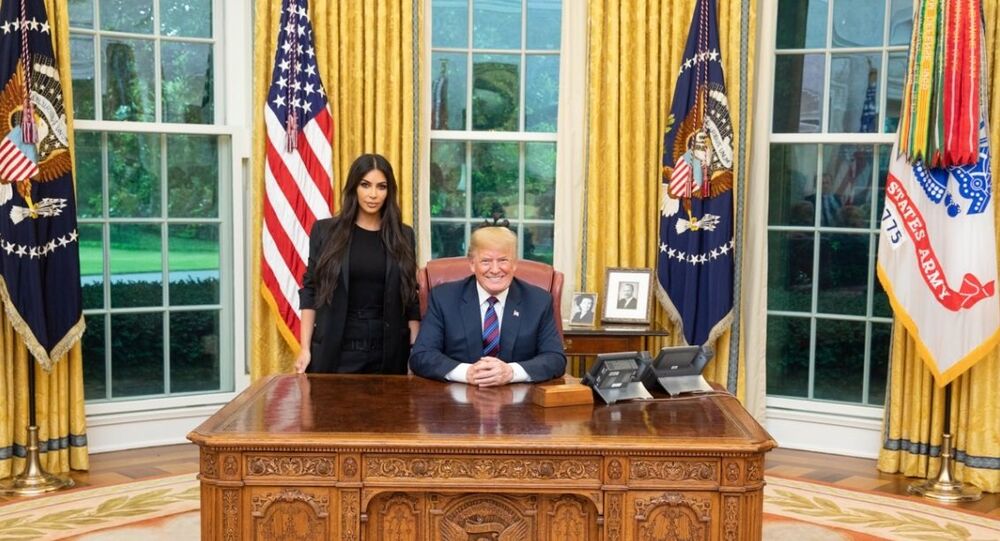 The star of the show "Keeping Up With the Kardashians" previously managed to convince US President Donald Trump to grant full clemency to Alice Marie Johnson - a grandmother who was serving a life sentence without parole for drug-related crimes.

Ex-zookeeper Joe Exotic, convicted for attempting to hire an assassin to kill his rival Carole Baskin, has written a letter to Kim Kardashian in a bid to get a pardon.

"I know you have never met me and may never want to however I do believe that you hold the values of our justice system dear to your heart... Please help me by just taking 10 minutes out of your life and placing a call to President Trump to look at my 257-page pardon", a November letter from the "Tiger King" said, according to the portal etonline.

The zookeeper stressed all the evidence suggested he is innocent and asked Kardashian to lobby the president of the United States on his behalf.

"I have lost 57 years of work, my zoo, my animals, my mother has died, my dad is dying and I've been taken away from my husband who I love dearly. Everyone is so busy making movies, getting interviews, selling stuff and dressing up like me that everyone forgot I'm a real live person in prison and kept from even telling my own story for something I didn't do", the letter says.

Kardashian is not only known for promoting criminal justice reform, but she is also a big fan of the unfortunate zookeper's show. Back in October, Kim and her friend Jonathan Cheban dressed up as Carole Baskin and Joe Exotic for Halloween with her kids as tigers.

The imprisoned TV star previously sent a note to Oklahoma Governor Kevin Stitt, urging him to ask Donald Trump to sign a pardon. The US president addressed the request back in April, noting he would "take a look" at it.

Joe Exotic (real name Joseph Maldonado-Passage) is known as the "Tiger King". He became famous for operating the Greater Wynnewood Exotic Animal Park for the last 20 years, and streaming an online reality show about the big cats from his zoo.

In 2019, he was sentenced to 22 years in prison for trying to hire a killer to eliminate Big Cat Rescue owner Carole Baskin. According to Joe Exotic, Baskin, who had a feud with him for years, was trying to destroy his business. The case became even more famous after the release of a documentary called "Tiger King: Murder, Mayhem and Madness" on Netflix this March.