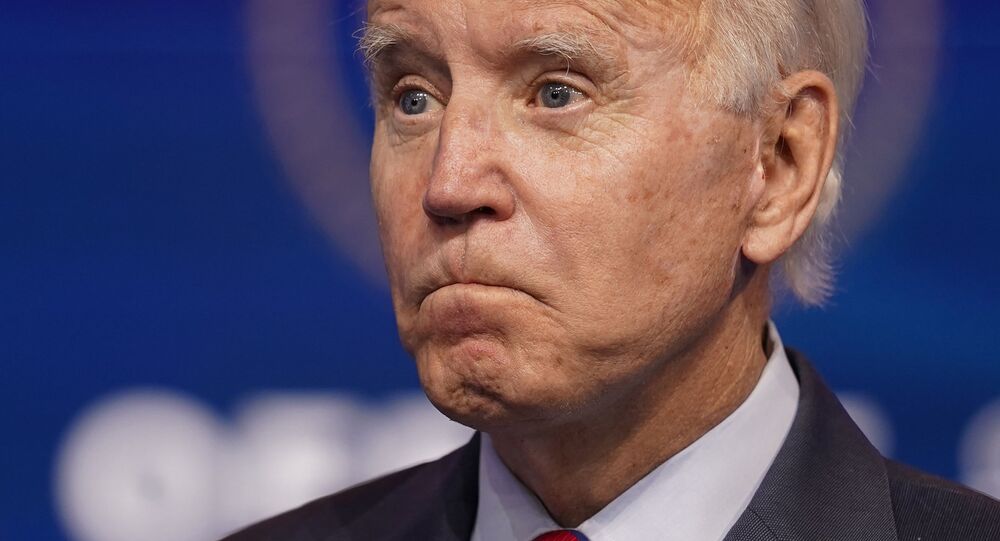 This year's presidential election was not only thrilling, but also amusing as Joe Biden showered potential voters with gaffes. He mixed his rival Donald Trump with George W Bush, twice calling him by the wrong name and announced that he was running for the Senate.

Joe Biden seems to have lost another battle with a telempromter as the 78-year-old has made yet another gaffe, mispronouncing the surname and the title of one of the members of his coronavirus team.

Speaking at an event in Wilmington, Delaware, Biden, the projected winner of the 2020 presidential election, revealed the health officials who will attempt to change the course of the coronavirus outbreak in the United States. Xavier Becerra, who has served as Attorney General of California since 2017, became one of the members of Biden's team.

His gaffe prompted criticism from Republicans. Matt Wolking, Deputy Director of Communications for Rapid Response for President Trump's 2020 campaign, alleged that Biden had learned about the members of his coronavirus team the moment he delivered the speech.

My god ... it’s like he’s hearing about his pick for the first time https://t.co/jNukc0c6z8

​Biden is no stranger to making gaffes. He confused Iran with Iraq and promised to put 720 million US women back into the workforce, when the entire population of the United States is only 329 million. Earlier this year, he baffled voters when he promised to lead an effective strategy to mobilise "trunalimunumaprzure".