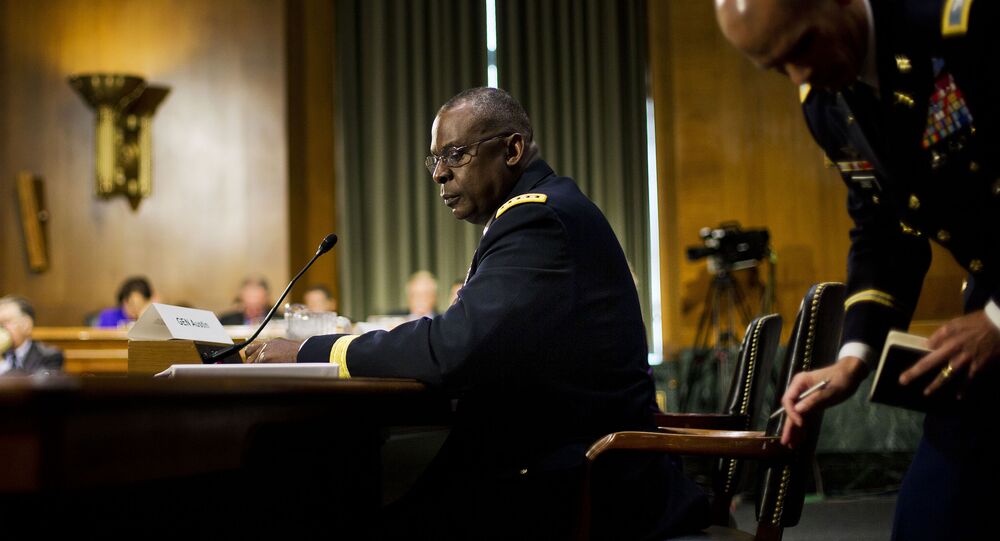 Biden officially confirmed earlier in the day that he would be nominating Austin to serve as the 28th defence secretary, becoming the first African American to ever take the post in what Biden promised would be the most diverse administration in US history.

In an article published in The Atlantic on Tuesday, the presumed president-elect Joe Biden elaborates on the many reasons he chose to name retired Army General Lloyd Austin for secretary of defence.

In the op-ed, Biden shares a flashback to the end of Operation Iraqi Freedom, as he himself served as the vice president in the former  Obama Administration, praising Austin for "getting the job done" in Iraq. "He played a crucial role in bringing 150,000 American troops home from the theatre of war", Biden says.

According to Biden, he has seen Austin both "in the field" and in the White House Situation Room. Since Austin was the first African American to lead the US army and command an entire theatre of war (in Iraq), Biden hailed it as as "another milestone in a barrier-breaking career" to nominate him for defence secretary, adding that Austin will ensure that the US military reflects the diversity of America.

"I've sought his advice, seen his command, and admired his calm and his character. He is the definition of a patriot", Biden writes. "He built a career grounded in service to this country and challenged the institution that he loves to grow more inclusive and more diverse at every step."

Biden insisted that Austin is exactly the person America needs as it faces challenges now, apparently referring to the coronavirus pandemic. As an example, he referred to Austin's experience overseeing logistical operations in Iraq, which would be helpful in distributing COVID-19 vaccines "widely and equitably".

"He is the person we need in this moment", Biden stated.

Finally, Biden writes that Austin has proved himself as a person able to act under pressure and one that will "do whatever it takes to defend the American people", praising the retired army general for his role in "beating back" Daesh*. The former vice president also alluded to the Trump administration, saying that over the past four years, the "civil-military dynamic has been under great stress", and that he and Austin share a perspective that force can only be used as a "last resort".

"[Austin] will work tirelessly to get [the civil-military dynamic] back on track", Biden writes. "Moreover, we need leaders like Lloyd Austin who understand that our military is only one instrument of our national security."

According to Biden, US foreign policy today should turn to face new challenges, such as climate challenge and nuclear proliferation, "revilatise" its alliances, instead of "fighting the wars of the past". Austin shares his "profound belief that the United States is strongest when we lead not only with the example of our power, but with the power of our example".

The former vice president has called on US lawmakers, whose approval is needed for Austin to become defence secretary, to vote in his favour despite a law that requires officers to have left the service seven years before taking the post, "as Congress did for Secretary Jim Mattis".