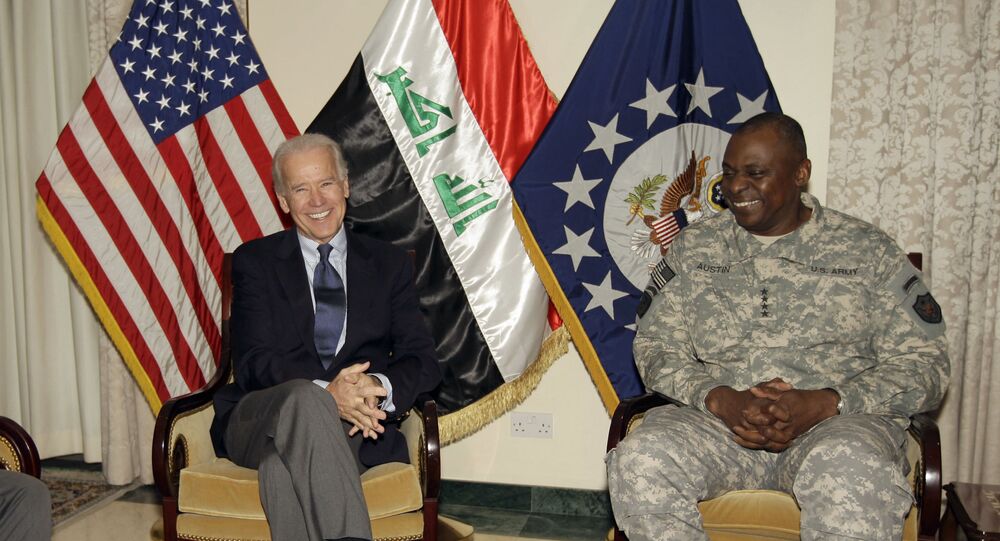 Four-star US Army Gen. Lloyd Austin retired in 2016 and has more than 40 years of military experience. If cleared by US Congress, his nomination would mark him as the first Black official to serve as the US' secretary of defense.

Projected US President-elect Joe Biden confirmed on Tuesday that he would be nominating Austin to serve as the 28th secretary of the US Department of Defense.

A statement issued by Biden's transition team noted that Austin "is a trusted and crisis-tested leader who has overseen some of the most complex and impactful operations int he history of the armed services - including serving as the chief architect of the effort to defeat [Daesh] in Iraq and Syria."

In a separate op-ed piece published in The Atlantic, Biden wrote that Austin is a "true and tested soldiers and leader," and that as a result of spending "countless hours with him," the former vice president determined this his nominee "is the definition of a patriot."

"He rose through the Army’s ranks during his distinguished and trailblazing career. He was the 200th person ever to attain the rank of an Army four-star general, but only the sixth African American," Biden stated. "He built a career grounded in service to this country and challenged the institution that he loves to grow more inclusive and more diverse at every step."

However, it's worth noting that Austin's nomination, albeit met with less criticism than those of some fellow nominees, was not taken easily by some congressional lawmakers, since the retired military official has not been out of active military service for a period of at least seven years.

The seven-year rule was implemented so that it could be ensured that the US Department of Defense was in civilian control. Most recently, lawmakers issued a waiver to former Defense Secretary Jim Mattis, but sentiment has grown against issuing such a clearance.

Biden acknowledged the issue in his op-ed, but called on lawmakers to issue a waiver "given the immense and urgent threats and challenges our nation faces."

"[Austin] knows what is at stake, and he knows how much work lies ahead. And I know that, under his leadership, the Department of Defense will never fail to advance the security of the American people in ways that honor our highest values and ideals," Biden concluded.

Biden's nominee had been included on a shortlist with defense policy adviser Michèle Flournoy and former Homeland Security Secretary Jeh Johnson. The two fellow candidates were also met with opposition, with critics zeroing in on Johnson's links to the expansion of family detentions and deportation during his time in office.

Flournoy released a statement following the announcement of the nomination, noting that she herself was looking "forward to helping [Austin] and the president-elect succeed in any way that I can." Flournoy was initially considered the front-runner for the position and would have been the first woman to run the Pentagon.

Austin previously led US Central Command and was pivotal to the removal of US forces and equipment from Iraq during the Obama administration's troop drawdown in 2011. He officially retired from active military service in 2016. Austin's nomination was expected to be announced during a Friday event in Delaware.

Biden's Cabinet Likely to Get US Mired in More 'Forever Wars', Analysts Say

Biden's Cabinet Picks Are "Diverse" on the Surface Only