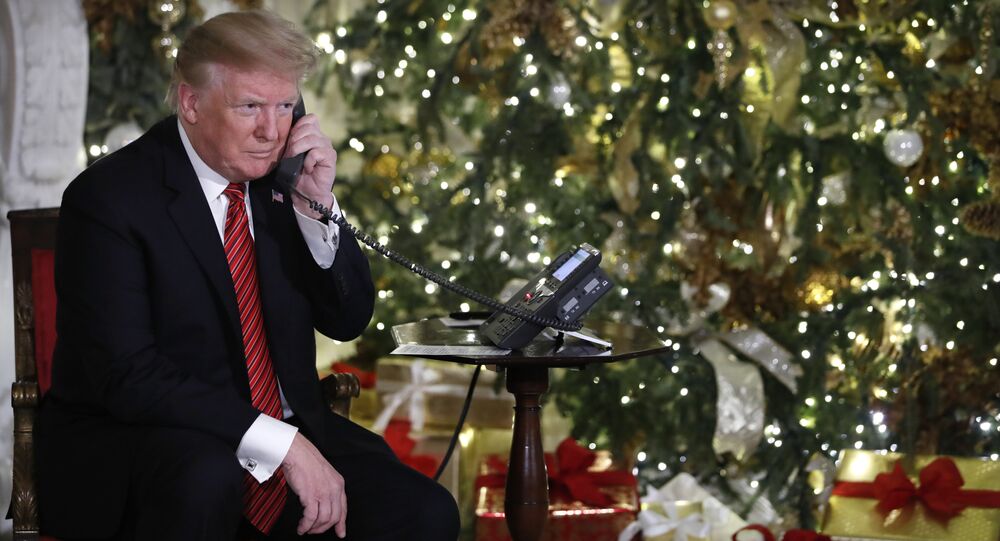 Donald Trump has threatened to use his veto power against the $740 billion defence spending package for the 2021 fiscal year, blasting a provision proposing the renaming of military installations honouring Confederate leaders, and demanding a new provision be put in to address social media liability under the Communications Decency Act of 1996.

Republican lawmakers are taking Trump’s threats to veto the 2021 National Defense Authorization Act (NDAA) seriously, and hoping that if it passes by a wide enough margin in both the Senate and the House, the president will back down.

“I’m hoping for a strong vote [Tuesday]. I think the stronger the vote, the less chance of having to deal with a veto later,” Representative Mac Thornberry of Texas, the senior Republican on the House Armed Services Committee, told reporters on Monday.

The lawmaker added that he does not consider Trump’s promise to veto the bill unless it accommodates his demands an “empty” or idle threat.

“All members have to bear the consequences of a ‘no’ vote. And one of the consequences is that military pay is going to go down, that we are going to forgo a lot of important bipartisan steps to better compete with the threat from China,” Thornberry warned, urging his colleagues to fall in line.

Republican Senator Josh Hawley of Missouri, who has expressed support for the president’s concerns and said he wouldn’t be voting in favour of the bill, told reporters that he too takes what Trump has said “at face value.”

“It seems that he’s very committed to this,” Hawley emphasized.

Trump’s criticism of the 2021 NDAA is two-fold, demanding the removal of protections from the Communications Decency Act for social media companies to allow Washington to reign in Silicon Valley’s alleged political interference and bias, and also calling for the removal of language from the bill which proposes the renaming of military bases named after Civil War-era confederate leaders.

Very sadly for our Nation, it looks like Senator @JimInhofe will not be putting the Section 230 termination clause into the Defense Bill. So bad for our National Security and Election Integrity. Last chance to ever get it done. I will VETO!

South Carolina Republican Senator Lindsey Graham, a major Trump ally, has suggested that tacking on a repeal of Section 230 would be “our best chance to change course while we still can.”

“I take a back seat to no one when it comes to supporting our nation’s military,” Graham, who has cheerled virtually every US war and military intervention abroad since the early 2000s, tweeted last week. “However, Section 230 is allowing America to be fundamentally changed as it relates to the flow of information.”

“Big tech is the only industry in America that cannot be sued for their business practices and are not meaningfully regulated. This must come to an end,” Graham stressed.

It is our best chance to change course while we still can.

I take a back seat to no one when it comes to supporting our nation’s military.

However, Section 230 is allowing America to be fundamentally changed as it relates to the flow of information.

Democrats seem more confident about the bill’s chances, at least publicly. Last week, House Majority leader Steny Hoyer of Maryland told Bloomberg that he expected to see the bill pass both chambers “overwhelmingly…and, if necessary” to override Trump’s veto, a measure which would requires two thirds of lawmakers in both chambers of Congress to accomplish.

© REUTERS / Hannah McKay
Is Trump Ready to Sacrifice Major Defence Bill for Killing Big Tech's Section 230 or is He Bluffing?
Congress is racing against the clock to pass the NDAA before the Christmas break, which starts next week. Failing to do so would mean they would have to start all over again in January, The Hill specifies.

The NDAA is traditionally packed with a variety of pork-barrel spending, and measures totally unrelated to defence. Last year, for example, the NDAA introduced sanctions against Nord Stream 2, the joint Russian-European energy project. This year, the draft 2021 NDAA threatens to put even more sanctions on the project, and to slap Turkey with sanctions over its decision to buy Russian-made S-400 air defence systems.

The House is expected to pass the 2021 NDAA on Tuesday, with the Senate planning to vote on the spending package shortly after.