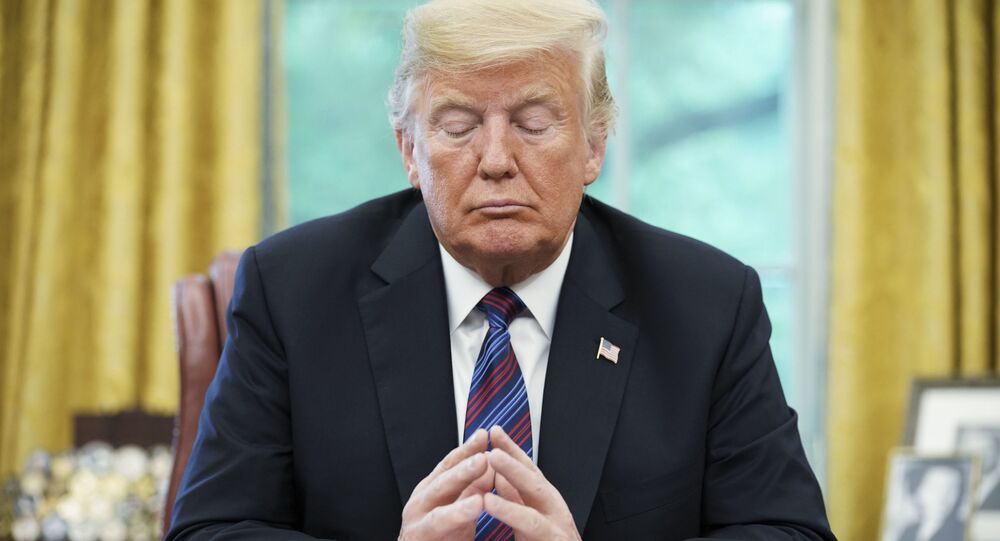 Donald Trump has so far refused to concede the election to Joe Biden, accusing his Democratic opponents of engaging in widespread voter fraud in half-a-dozen battleground states. The Trump campaign has filed multiple lawsuits related to the fraud claims, but most have been thrown out by state courts.

White House economic advisor Larry Kudlow has assured that there will be a peaceful transfer of power in January.

"I know there will be a peaceful transfer of power...I cannot predict what [President Trump will] do with respect to the inauguration...That's completely up to him," Kudlow said, speaking to The Washington Post in a video interview on Monday.

Kudlow said he has already congratulated some "old friends" who have been selected to serve in Joe Biden's administration, including Jared Bernstein, who has been tapped to join Biden's council of economic advisors.

"As you know, the president is still pursuing various avenues to stop what he believes and what others believe is a good deal of election fraud. I'll just say that and put that aside," the official said.

In an interview focused mainly on economics, Kudlow declared that the US economy was in a v-shaped recovery, and said lawmakers and the administration were getting closer to reaching agreement on putting together a new coronavirus stimulus package, including unemployment assistance and support for small businesses amid new lockdowns in some states, as well as support for schools and vaccination-related expenses.

President Trump continues to contest the results of the November 3 election, and has refused to formally recognize his loss to Biden. Last week, Trump gave what he said "may be the most important speech" of his life, in which he accused his opponents of fraud using mass late-night dumps of mail-in votes in Biden's favour to wipe out his election-day lead in key battleground states.

In the run-up to the election, Trump called the mass mail-in vote system introduced due to the coronavirus pandemic "a disaster," and refused to guarantee a peaceful transition of power, prompting senior Democrats to accuse him of using the mail-in vote issue as a pretext to try to stay in power indefinitely.

The Biden camp, Democrats, some Republicans and most US media have dismissed Trump's fraud claims, going so far as to ignore his address to the nation on the matter. Many world leaders have congratulated Biden on his projected victory.