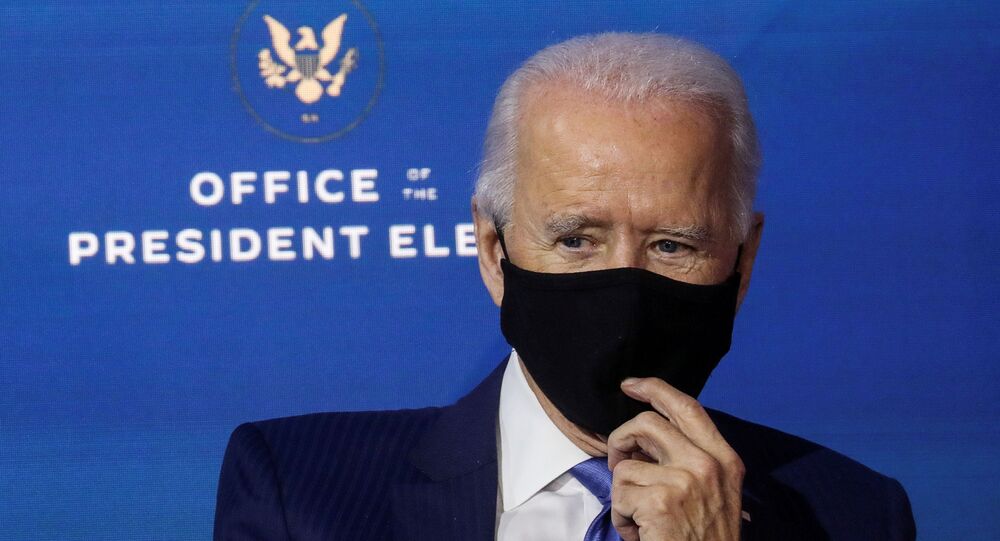 As the United States is struck by the coronavirus pandemic which has led to the deaths of 100s of thousands of Americans, the presumptive incoming Biden Administration is putting together his team who will be tasked with overseeing the nation's response to the crisis.

On Monday, presumptive President-elect Joe Biden announced the team who will oversee the US response to the coronavirus pandemic if he takes office in January.

The former Vice President has previously said he wants his governments response to be guided by experts and scientists, who were previously subject to criticism from the Trump White House, but are his selections based on experience or loyalty to the Democratic Party?

​Xavier Becerra is set to take up the position of secretary of Health and Human Services (HHS) with Biden's transition team stressing in a statement on Monday that the 62-year old would be the first Latino to lead HHS.

The Congressional Hispanic Caucus, which Becerra once serves as its chair, welcomed the appointment on Sunday, saying that "in this moment of crisis" as Latinos are disproportionately affected by the pandemic.

From protecting the Affordable Care Act to fighting for COVID relief — AG @XavierBecerra has the experience and expertise to lead the Department of Health and Human Services during these critical times.

We applaud this historic and inspiring nomination. pic.twitter.com/wO4xakLbj5

The group continued saying it was "encouraging President-elect Biden to appoint five Latinos in the Cabinet, including Latinas in prominent positions. We will continue to work in partnership with the Biden-Harris transition team to assemble the most diverse administration in American history."

Despite having no previous medical training or experience working in public health, he led a series of legal challenges against President Trump's attempts to end the Obama-era Affordable Care Act while serving as California's attorney general since 2017.

Dr Rochelle Walensky will head the Centers for Disease Control and Prevention under a Biden administration, the transition team announced. Walensky is the chief of infectious disease at Massachusetts General Hospital as well as a Harvard Medical School professor.

The HIV and AIDS expert will be tasked with overseeing the agency as the government works to curtail the coronavirus pandemic, that has killed over 282,000 Americans as of Sunday night.

Walensky would become the 19th director of the CDC, replacing Dr Robert Redfield, who has headed the role since March 2018.

Biden and Harris described Walensky as one of the US's "most respected experts" in the field of testing and treatment of deadly viruses.

Walensky's research supported the advancement in both national and global responses to the HIV/AIDS crisis and has been lauded internationally for her service in improving HIV screening and support in South Africa.

She is also a practicing doctor at Brigham and Women's Hospital and has in the past led the Office of AIDS Research Advisory Council at the National Institutes of Health, has been Chair-elect of the HIV Medical Association, as well as working as an advisor to the World Health Organization (WHO) and the Joint United Nations Programme on HIV/AIDS.

Biden has previously claimed that his administration will see the CDC take on a more encompassing role in public life, with plans to resume regular media briefings, in comparison to the more hands-off approach by President Donald T​rump.

Congratulations to Dr. @vivek_murthy, who will now lead the COVID-19 response for the Biden administration. I met Vivek a few years ago, when this picture was taken, and came away so impressed. I know he will follow science and treat every American life with great respect. pic.twitter.com/TeV5v54kq2

​If voted for by the Senate, Dr Murthy would return as surgeon general and play a key role in the new administration's response to a coronavirus crisis.

During Biden's campaign, Murthy worked as a top health adviser to the former Vice President. He served on Biden's public health advisory committee in the initial days of the pandemic outbreak in the US and has been on the presumptive President-elect's Covid-19 advisory board throughout the transition period.

However, during his 2014 Senate confirmation, Murthy faced opposition from Republicans due to him labeling the US gun violence as a public health crisis. He was only confirmed by a narrow margin, which could see him face hurdles in the Senate once again if Republicans maintain the chamber.

​Fauci said "yes, right on the spot", when asked to stay in the national health response team, the leading infectious disease expert told the Today Show on Friday

Also keeping his position as director of the National Institute of Allergy and Infectious Diseases, Fauci will oversee Biden's pledge to introduce "100 days" of mask-wearing in the US.

During his tenure, Fauci has had a less than cordial relationship with President Trump over disagreements regarding the White House's pandemic response. Trump publicly called out Fauci as a "disaster" and that the US public was tired of the coronavirus pandemic.

Trump also criticised Fauci for allegedly changing his tune of the need to wear masks.

...P.S. Tony should stop wearing the Washington Nationals’ Mask for two reasons. Number one, it is not up to the high standards that he should be exposing. Number two, it keeps reminding me that Tony threw out perhaps the worst first pitch in the history of Baseball!

​Other White House officials leveled criticism at Fauci in the days leading up to the November presidential election, accusing him of playing politics over the coronavirus pandemic.

"It's unacceptable and breaking with all norms for Dr. Fauci, a senior member of the President's Coronavirus Taskforce and someone who has praised President (Donald) Trump's actions throughout this pandemic, to choose three days before an election to play politics," White House deputy press secretary Judd Deere told CNN.

He accused Fauci of using the pandemic to push his political preferences - in this case for praising Democratic-nominee Joe Biden while speaking to the Washington Post.

"As a member of the Task Force, Dr. Fauci has a duty to express concerns or push for a change in strategy, but he's not done that, instead choosing to criticize the President in the media and make his political leanings known by praising the President's opponent — exactly what the American people have come to expect from The Swamp," Deere said.

This followed comments where Fauci appeared to praise the former Vice President's campaign, saying that he "is taking it seriously from a public health perspective" compared to Trump who Fauci accused of prioritising economic growth over lives.

Due to his position as a civil servant, Fauci could not be fired by the president.

Biden and his advisers have stressed that they want to prioritise scientists for top medical positions as the pandemic rages. While the picks certainly correlate with Obama-era and Democratic Party-friendly careers, neither are the selections are lacking in experience.

Team Biden's initial challenge will be managing the rapid administration of the COVID vaccine. Followed by maintaining public health discipline including social distancing measures as well as an ongoing economic crisis.