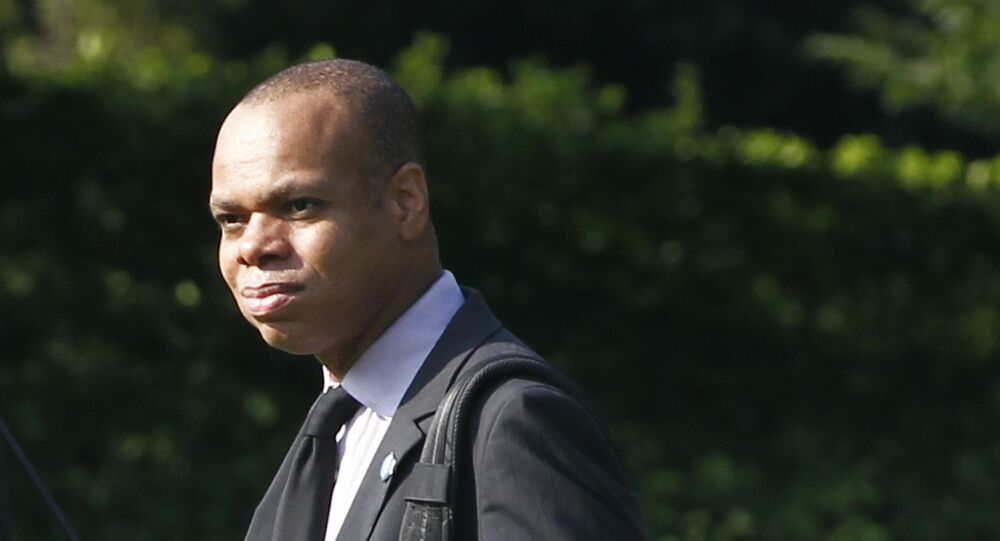 The president of George Soros' Open Society Foundations, Patrick Gaspard, announced that he would step down from his position on Friday, as reports emerged suggesting that he might join Biden's projected administration.

According to Open Society, Gaspard will be replaced by Mark Malloch-Brown, the former UN deputy secretary‐general and UK minister, who currently serves on the Foundations’ Global Board.

“It has been a profound honor to lead this organization,” Gaspard said in his statement. “Fundamental social change doesn’t customarily occur in a revolutionary moment. Instead, what is needed is the partnership of activists, government, and the nonprofit sector, collaborating over time and space in unity and solidarity. This is what I worked to do at Open Society. My commitment now will be to re-enter the world of politics and ideas, where I can continue the struggle against oppression everywhere.”

Soros, a Hungarian-born billionaire and investor, praised Gaspard as "a champion of all rights: whether for workers, for women, or for underserved groups".

“[Gaspard's] dedication to those challenging power is precisely why I invited Patrick to join Open Society", Soros said. "I have great admiration for the way he led the Foundations in a world beset by illiberalism, and I applaud him.”

According to Axios, Gaspard's move to resign fuels speculation over him joining the Biden team, possibly as Labor Secretary.

Gaspard has been serving as the Open Society Foundations president since January 2018, with positions of US ambassador to South Africa and White House Director of Political Affairs also on his record. He worked on government positions under former US President Barack Obama.

If Gaspard joins a Biden administration, as reports suggest, this will fall in line with Biden's move to appoint several Obama-era officials to key positions in the White House.

For the Biden administration to become reality, however, the Democrat must secure the Electoral College vote, and it will only be clear whether he manages to do that after 14 December, when the electors cast their votes.

While Open Society Foundations describes itself as "the world’s largest private funder of independent groups working for justice, democratic governance, and human rights", some critics accuse Soros of being a "puppet master" behind the destabilization of political regimes and of funding movements like Black Lives Matter and antifa. Many claim that Soros stole a Trump victory from the 2020 presidential election.