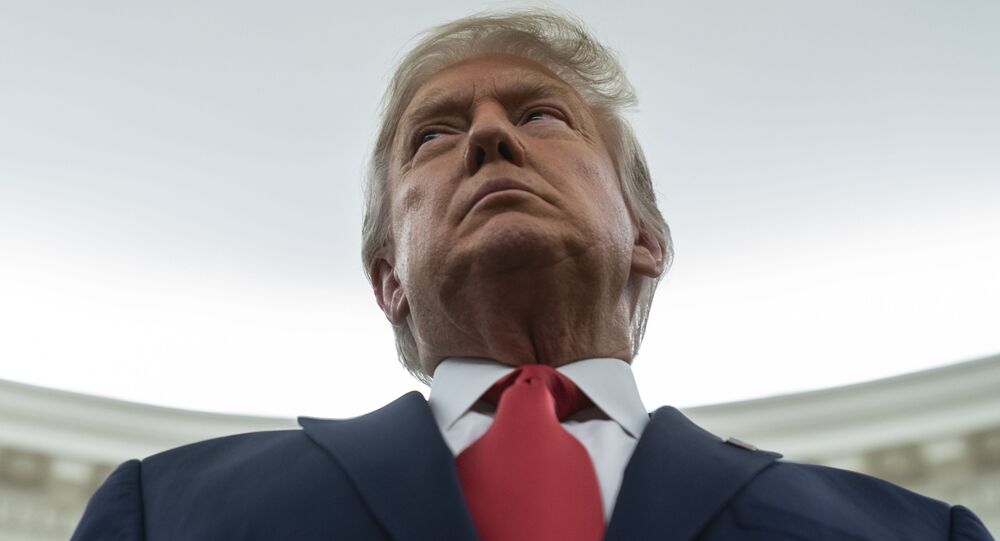 Trump's Estranged Niece Calls US President 'Cruel and Traitorous', Insists He Should Be Prosecuted

Earlier this year, a daughter of Donald Trump’s now deceased brother Fred Trump Jr, Mary, unveiled her bombshell book, Too Much and Never Enough, which presented her uncle in a rather compromising light.

Donald Trump's niece has said, referring to her uncle, that the “criminal, cruel and traitorous” US President should be put on trial after he leaves the White House.

“It’s quite frankly insulting to be told time after time that the American people can handle it and that we just need to move on”, Mary Trump said.

“If anybody deserves to be prosecuted and tried, it’s Donald”, the author added in her interview with AP.

The 55-year-old psychologist says she does not believe a trial would exacerbate political divisions that exist in the country adding that if it does not take place, Americans will “just leave [themselves] open to somebody who, believe it or not, is even worse than he is".

“I think it would be a tragedy if Donald and everybody who’s enabled him and committed crimes with him is not held accountable”, the President’s niece suggested. “It would make it impossible for this country to recover in the long term”.

Mary Trump’s comments came shortly after reports emerged that President Donald Trump discussed with his aides a possibility of pre-emptively pardoning his eldest children Ivanka, Eric, and Donald Jr, as well as son-in-law Jared Kushner, in case any investigation is launched against them after he leaves the White House, in retribution from his successor’s administration.

At least one criminal probe by the Manhattan district attorney is pending against Donald Trump in relation to his business dealings and tax records. If arrested and prosecuted after leaving office and losing presidential immunity, America's lawmakers would be behaving in an unprecedentedly controversial manner.

Commenting on Mary Trump’s claim, the President’s campaign replied to AP with a one-sentence phrase: “Did she mention she has a book to sell?”

Mary Trump’s biography, Too Much and Never Enough: How My Family Created the World’s Most Dangerous Man, telling the story of her uncle’s upbringing, hit the shelves in July this year.

One of the most controversial claims made in the book was the idea that the President’s father Fred Trump Sr, was a “high-functioning sociopath” who had emotionally abused his children, including the future US President who has allegedly “suffered deprivations that would scar him for life”.

The book caused an uproar from the Trump administration and his family, with the President’s brother Robert Trump suing to block its release. Robert, who died in August this year, said that the book was potentially breaching an agreement reached between the family members many years ago.

A court eventually rejected his legal claim. In response, Mary Trump filed another lawsuit, alleging that her estranged relatives have cheated her out of millions of dollars of family inheritance after her father’s death.

The President’s niece, who previously admitted that she had rarely seen her highly placed relation in the past 20 years, announced this week that she would be unleashing a follow-up to her previous work.

A new book, reportedly called The Reckoning, is expected to be released next July. According to Mary Trump, it will give an analysis about the collective trauma Americans have apparently witnessed during a “completely mishandled” coronavirus pandemic.