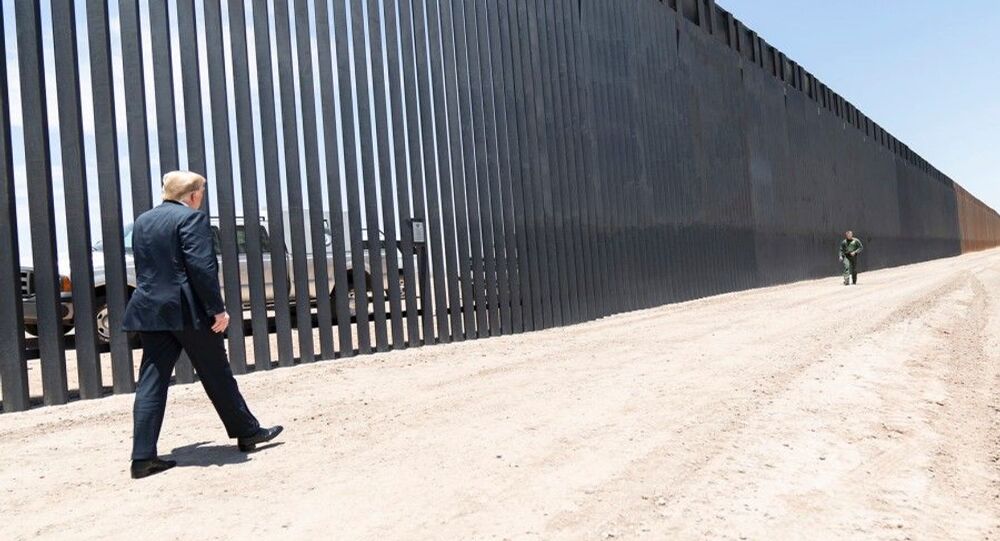 President Trump made the construction of a “big, beautiful” border wall with Mexico a key election pledge in 2016, with the project stalled repeatedly over the years amid congressional in-fighting and Mexico City’s vehement refusal to pay for it.

The US Court of Appeals for the Fifth Circuit has ruled 2-1 to overturn a 2019 legal decision barring the Trump administration from taking some $3.6 billion in funds meant for military construction projects and transferring them to the US-Mexico border wall project, The Hill has reported.

The ruling by the New Orleans-based three-judge panel was issued late Friday, and determined that Texas’s El Paso County and the Border Network for Human Rights non-profit group did not have standing to sue the President and stop the project. The county had alleged in its earlier filing that an administration plan to cancel a $20 million road project at Fort Bliss, Texas caused it to suffer ‘economic injury’.

But in her Friday ruling, George W Bush-appointed Chief US Circuit Judge Priscilla Owen ruled that the county’s expected indirect loss of tax revenue did not qualify as an injury.

The ruling reverses the 2019 decision by Western District of Texas US District Judge David Briones which judged that the emergency reallocation of funds from military projects to the border wall was illegal.

Border Network for Human Rights, an El Paso-based non-profit whose financial backers include Democracy Alliance, George Soros’ Open Society Foundations and the US Human Rights Fund, promised to appeal the decision with the Supreme Court. In an email to Courthouse News, the group called the appeals court’s decision “wrong”, and argued that the group had “clearly been injured by the President’s abuse of power”.

US Circuit Judge James Dennis, a Bill Clinton-era appointee, wrote a dissenting opinion saying the cancellation of the road to Fort Bliss did cause a “discrete, tangible” injury, and recalling that Congress had approved only $1.375 billion for the border wall in its 2019 Consolidated Appropriations Act, a figure far short of the $5.7 billion President Donald Trump had requested. Dennis also suggested that the Trump decision had caused damage to El Paso’s reputation among tourists and investors. The border wall funding spat helped precipitate a 35-day government shutdown in early 2019.

© AP Photo / Gregory Bull
Mexico Border Wall Construction Ramps Up in Rush to Complete Project Before Inauguration Day - Report
Trump made the border wall with Mexico a prime focus of his campaign in 2016, promising to erect a barrier along the southern border to keep out the ‘drug dealers, criminals and rapists’, and to “make Mexico pay for it”. Mexican officials balked at the idea, with former President Vicente Fox telling Trump he was “not going to pay for that f***ing wall”. In campaign rallies in 2020, Trump insisted that Mexico was indeed paying for the wall, a claim challenged by his detractors.

On Monday, US Border Patrol Chief Rodney Scott offered an update on the border wall construction, saying that of the 1,954 miles (3,145 km) which need to be built, 415 miles (668 km) had been completed, 236 miles (380 km) were under construction and 87 miles (140 km) more were in the pre-construction phase. The official indicated that more than 626,000 US tons of steel and 895,000 cubic yards of concrete had been used in construction to date.

Presumptive President-elect Joe Biden, who was declared winner of the 3 November election by major US media, but whose victory Trump continues to challenge, has promised to freeze construction of the border wall on stepping into office.