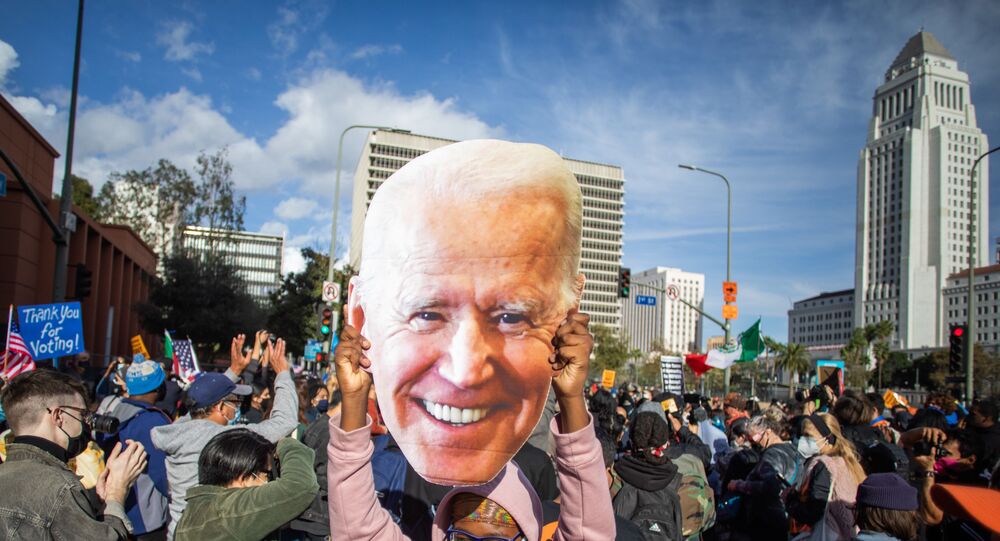 MOSCOW (Sputnik) - Alex Padilla, the secretary of state for California, has certified the results of the 2020 US presidential election, giving the state's 55 Electoral College votes to Joe Biden, The Hill news portal reported on Saturday.

According to the US media outlet, Padilla's decision was not a surprise since the state was predicted to return a win for the Democrats. However, incumbent US President Donald Trump and his allies are continuing to challenge the election results, creating uncertainty over the outcome of the presidential race.

Major US media outlets have projected Democratic nominee Joe Biden to be the winner of the 3 November presidential election. Trump has said he would leave the White House if the Electoral College votes for Biden.

Trump has repeatedly stated that his victory in the November presidential election was stolen via widespread voter fraud, and the president has tried to legally challenge the results in key swing states, namely Arizona, Georgia, Michigan, Nevada, and Wisconsin.

Judges in these states have often refuted the voter fraud claims put forward by lawyers representing the president and his campaign team.