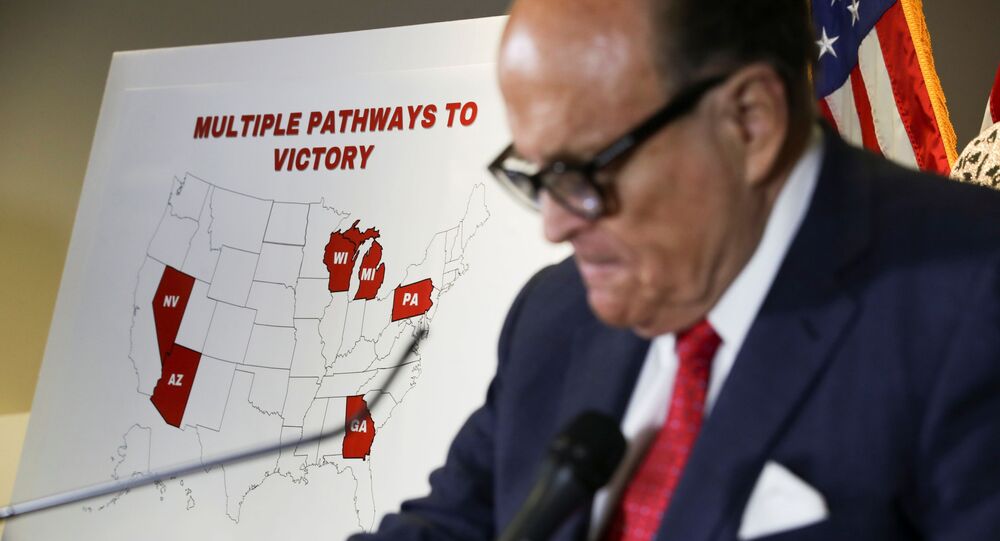 MOSCOW (Sputnik) - US President Donald Trump's personal lawyer Rudy Giuliani has claimed that a judge in Michigan's Antrim County has ordered the forensic examination of 22 voting machines as Republican officials continue to challenge the results of the recent US presidential election.

Trump and Giuliani have made multiple accusations of voter fraud following the 3 November presidential election, which US media outlets believe was won by Democratic candidate Joe Biden.

On Friday, US courts in four states – Georgia, Michigan, Nevada, and Wisconsin – rejected efforts by the Trump administration and its allies to reverse the results of the vote. In Nevada, District Judge James Russell wrote that the Trump campaign had failed to provide credible and relevant evidence.

Trump on Thursday declined to comment on whether he still had confidence in Attorney General William Barr after the US Justice Department announced that no signs of widespread election fraud were found in the 3 November vote.