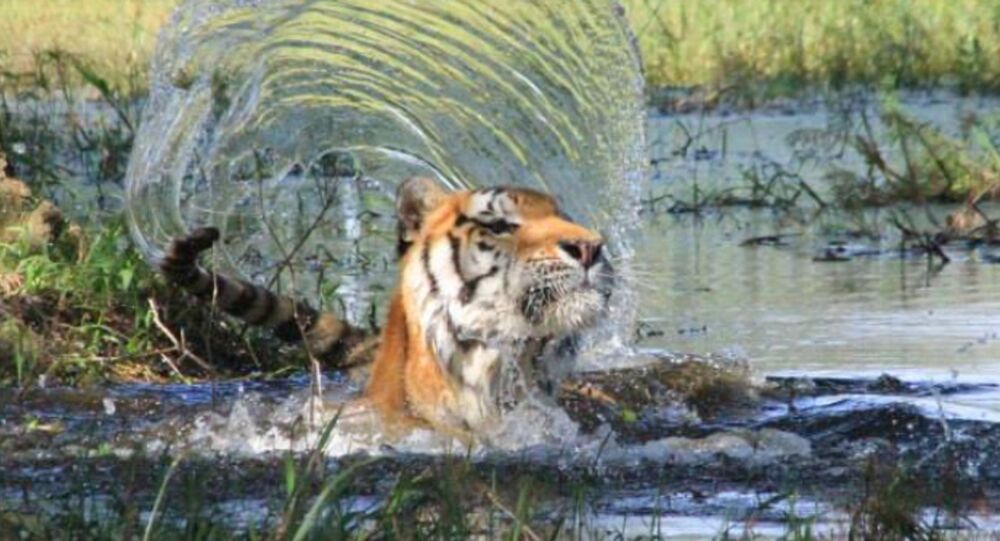 The wildly popular Netflix show “Tiger King” featured an employee of star Joseph “Joe Exotic” Maldonado-Passage whose hand was torn off by a wildcat. While Exotic is in prison after being convicted of a murder-for-hire plot against his archnemesis, Carole Baskin, it seems as though similar misfortune has now struck a volunteer at her establishment

Candy Couser, a longtime volunteer at Baskin’s Big Cat Rescue animal sanctuary in Tampa, Florida, nearly had her arm torn off by a tiger. Emergency crews say she is hospitalized with serious injuries, and the Florida Fish and Wildlife Conservation Commission confirmed it has opened an investigation.

"We have received a report of an incident that took place at Big Cat Rescue this morning and the Florida Fish and Wildlife Conservation Commission (FWC) Captive Wildlife section is investigating," a spokesperson for the agency said. "We will provide additional information as it becomes available."

The sanctuary for exotic cats, which was also featured in the Netflix docuseries, announced the news on Facebook, revealing that Couser, a volunteer of five years, was bitten by a tiger named Kimba.

The attack took place on Thursday around 8 a.m. local time, according to WFLA-TV.

“It is against our protocols for anyone to stick any part of their body into a cage with a cat in it,” Big Cat Rescue wrote in a statement, according to WTSP-TV.

"Kimba grabbed her arm and nearly tore it off at the shoulder,” the sanctuary's Facebook post stated.

Another worker heard the commotion and came running as Kimba loosened his grip. A nurse helped stop the bleeding while another person used a belt as a tourniquet, with an ambulance arriving in 15 or 20 minutes.

"Candy was still conscious and insisted that she did not want Kimba Tiger to come to any harm for this mistake," Big Cat Rescue wrote in its statement. "He is being placed in quarantine for the next 30 days as a precaution, but was just acting normal due to the presence of food and the opportunity."

Couser was expected to undergo surgery Friday. According to Big Cat Rescue, she can move her fingers, but her arm is broken in three places, and her shoulder is badly damaged. The organization said Couser was conscious but sedated at the hospital, noted WTSP-TV.

"Kimba Tiger's rabies and other vaccines are all up to date but he's being kept on quarantine for 30 days anyway to keep an eye on him," Big Cat Rescue wrote in an update Friday morning. "While it's our understanding that the CDC [Centers for Disease Control and Prevention] could demand he be killed and tested for rabies, that's unlikely given the fact that he's vaccinated and Candy does not want him to be killed for doing what comes naturally." 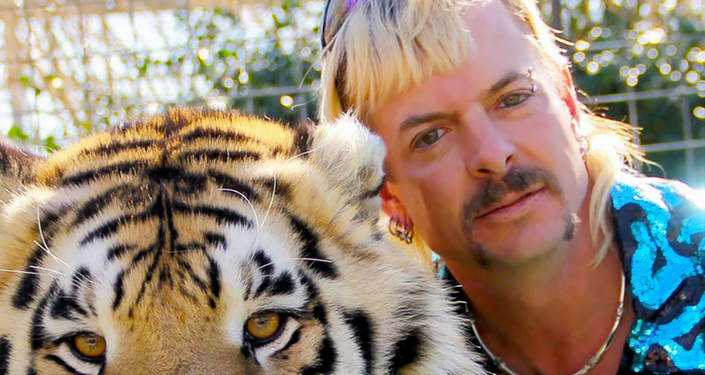 Netflix/
Joe Exotic.
According to Variety, "Tiger King" reached a US audience of 34.3 million unique viewers within the first 10 days of its March 20 release, according to Nielsen estimates, making it one of Netflix’s biggest-ever original shows.

Photo: ‘Sure to Get Laughs’: Company Sells Window Stickers of NY Governor Watching You This Holiday