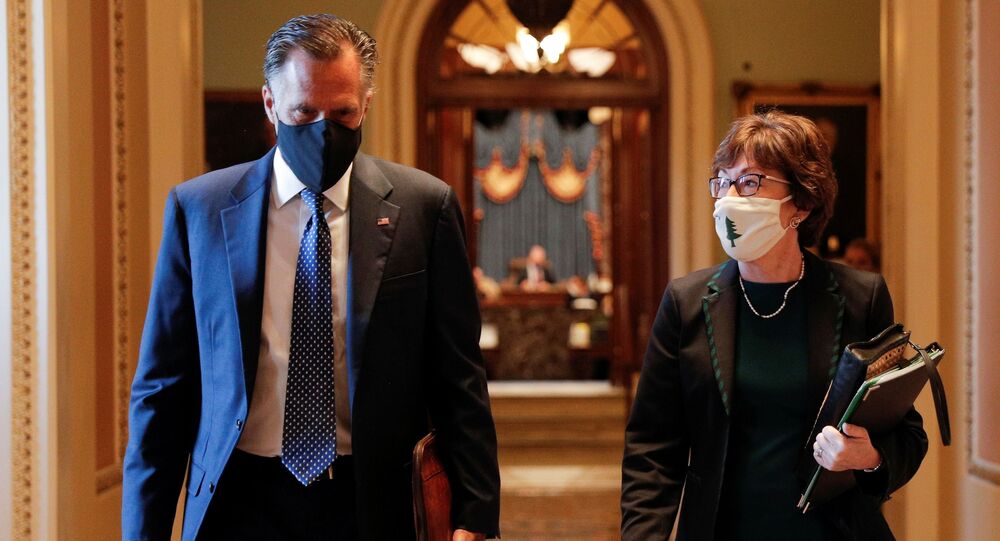 A bipartisan group of US Senators and House representatives launched a proposal for a $900-billion compromise on a second coronavirus stimulus package on Tuesday, after months of deadlock in Congress over a replacement for the CARES act passed in March.

US legislators from both parties and both tiers of the federal government are pressing their leaders to compromise on a long-delayed successor to March's COVID-19 stimulus.

Republican and Democratic Senators and House representatives lobbied their speakers and minority leaders to back a revised $908 billion bipartisan spending bill to follow up on the $2.2 trillion CARES Act that expires on December 11.

“The four of us had an opportunity to go and just kind of walk him through, where we were, or where we are, our discussions to date,” Murkowski told reporters. “What we what we were able to do was just kind of present, the whole proposal so no commitments back and forth.”

Their compromise between the $500 billion Republican package targeting aid to small business and a Democratic $1.3 billion bailout largely for local and state governments, is the latest attempt to break months of deadlock in Congress as the clock ticks down on the CARES act.

President Donald Trump previously pledged to go over the heads of Congress with his own stimulus package enacted by executive order, but more recently has been optimistic that the Republican Senate and Democratic-majority House would find common ground.

Romney said the four urged McConnell to accept $160 billion in aid to state and local governments which the Kentucky Republican has long dismissed as “blue state bailouts.”

“We described how it would be allocated, how it would be distributed, some portions based on population, some portion based on the revenue gap that might exist for a locality, and so forth," Romney said. "So we went through the particulars that we're describing as well as listen to his thoughts about liability coverage.”

McConnell has demanded that any bill contain coronavirus-related liability protections for business, schools, NGOs and churches - something which Democrats oppose. The compromise proposes a temporary stay on lawsuits while the 50 states of the union pass their own liability measures.

South Carolina Senator Lindsey Graham met with Trump on Thursday to persuade him to back the deal. “I have never been more hopeful that we'll get a bill,” he said, expressing optimism that Trump would support the compromise once it was fleshed out. 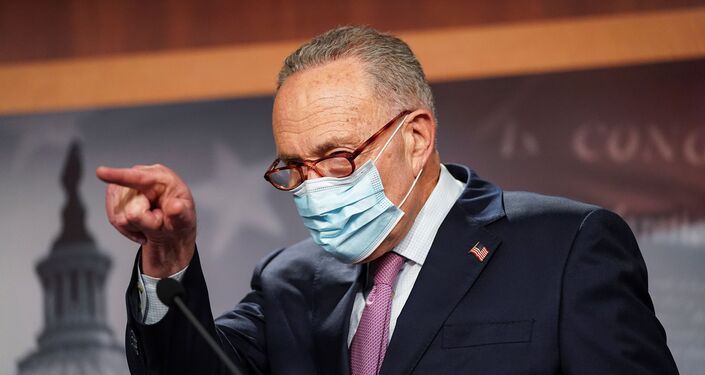 “I just think it’s imperative we get something done before we leave,” said Michigan Senator Gary Peters, who was re-elected in the November 3 election with 49.9 percent of the vote. “People are frustrated, there’s no question about it.”

New Hampshire Representative Abigail Spanberger, one of a bipartisan group of sponsors for the bill launched at a Tuesday press conference, said her constituents constantly ask her when a new package will be passed.

Spanberger said Congress had to pass a replacement fast. “Our economy is getting ready to fall off a cliff as we see expiration of CARES Act provisions,” referring to the $2.2 trillion relief bill Congress passed in March."

Pelosi and McConnell spoke by phone about the compromise on Thursday afternoon.

“We had a good conversation," McConnell said later as he left Congress. "I think we’re both interested in getting an outcome both on the omnibus and on a coronavirus package.”

“The Speaker and Leader McConnell spoke at 12:45 pm today by phone about their shared commitment to completing an omnibus and COVID relief as soon as possible,” said House Speaker spokesman Drew Hammill.