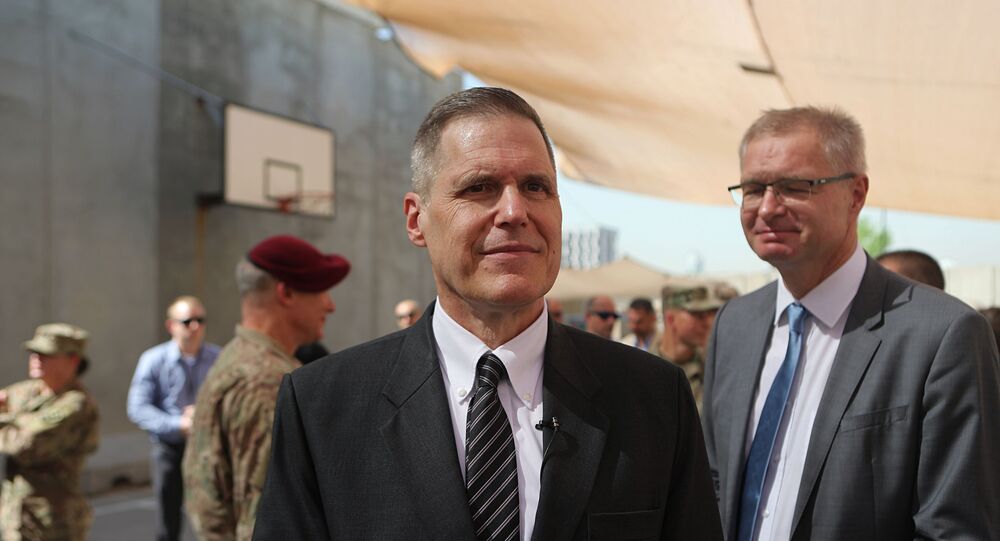 Earlier, reports emerged suggesting that US President Donald Trump intended to remove at least half of the personnel from the US embassy in Iraq due to increasing tensions with Tehran amid the approaching anniversary of the assassination of a top Iranian general, Qasem Soleimani.

US Ambassador to Iraq, Matthew Tueller, on Thursday confirmed in a video statement that some staffers from the American embassy in Baghdad will be temporarily withdrawn.

“Many of my Iraqi friends have contacted me to ask about press reports... I have been able to assure them that I will continue to carry out my normal duties from the Embassy. I will do so with the support of a core team of American diplomats and US advisors to the Iraqi military,” Tueller said.

He noted that he will be carrying out his duties “for the foreseeable future", and reiterated Washington's commitment to Iraq, saying that it is "as strong as ever and that the important work we’re doing here in Baghdad is continuing".

While Tueller did not elaborate on the reasons and period of the withdrawal, a US official told the Associated Press that the decision stems from concerns regarding possible retaliation over the assassination of top Iranian general Qasem Soleimani, as January 2021 will mark the anniversary of the killing.

The official, according to The AP, also referred to fears of a possible Tehran response regarding the recent killing of Iranian nuclear scientist Mohsen Fakhrizadeh.

Earlier, shortly after Fakhrizadeh was killed, reports emerged suggesting that Trump would withdraw at least half of the staff of the US embassy in Baghdad ahead of the anniversary of Soleimani's killing.