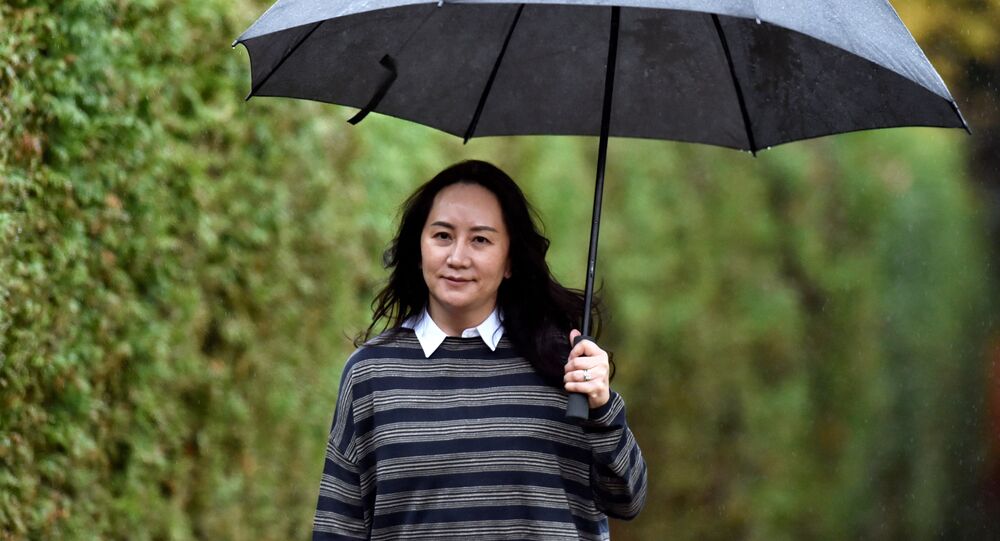 Huawei's finance chief, Meng Wanzhou, was arrested in Canada in December 2018 on a warrant from the United States over allegations of bank fraud. She is accused of misleading HSBC about Huawei's deals with Iran, reportedly causing the bank to violate US sanctions.

The US Department of Justice is in talks with Huawei's finance director, Meng Wanzhou, over a possible plea deal that could let her return to China from Canada where she has been under house arrest, the Wall Street Journal reported on Thursday.

In order to be allowed to go home, Wanzhou reportedly must admit to wrongdoing in a criminal case that resulted in straining China's relations with the US and Canada, WSJ said, citing people familiar with the matter, adding that the talks revolved around a possible “deferred prosecution agreement".

The US Justice Department alleges that between 2010 to 2014, Meng committed financial transgressions by misleading multinational financial conglomerate HSBC into approving more than $100 million in transactions that contravened US sanctions on Iran.

Under the reported agreement, if Wanzhou admits to the allegations,  prosecutors would agree to defer the charges and later drop them if she cooperates. So far, however, she has refused to cooperate, denying any wrongdoing.

According to the report, Huawei's finance chief has, through a spokesperson, refused to comment, as has the Justice Department.

Wanzhou was arrested in Canada in December 2018 on a warrant from the United States. According to Canadian officials, the incident led to a strain in the relations between China and Canada, as two Canadian nationals were soon after arrested in China: former diplomat Michael Kovrig and businessman Michael Spavor, both accused of espionage by Beijing.

Commenting on Wanzhou's case, Canadian Member of Parliament Paul Manly said on Tuesday that the Biden administration, if the Democratic candidate is officially confirmed to be the next US president-elect, may be more inclined to drop charges against Huawei's finance chef.

The reported negotiations come as the Trump administration continues to place Chinese tech giant Huawei in its crosshairs, blacklisting the company and labeling it a threat to national security, while also targeting its participation in the global development of 5G networks. Beijing has repeatedly denounced what it complains are US attacks on Huawei.