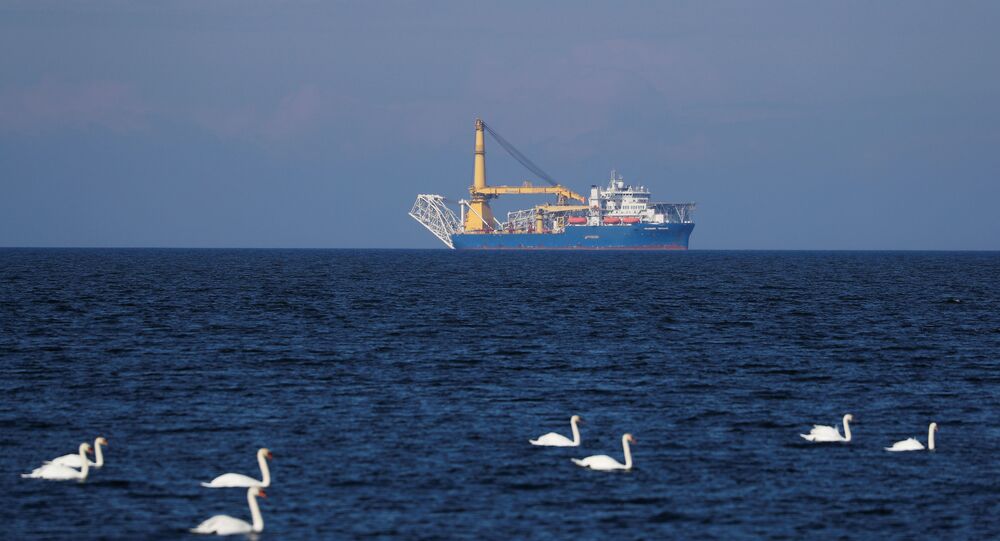 WASHINGTON (Sputnik) - Negotiating teams from both chambers of the US Congress said in a joint statement that they had included expanded sanctions against Russia’s Nord Stream 2 gas pipeline in the final version of the 2021 US defense spending bill.

The Nord Stream 2 project aims to lay a 745-mile twin pipeline that will carry up to 1.942 trillion cubic feet of gas annually from Russia to Germany, passing through the territorial waters or exclusive economic zones of Denmark, Finland, Germany, Russia and Sweden.

The United States seeks to block the pipeline’s construction, which is nearing completion, and one year ago imposed sanctions against pipe-laying contractors, forcing the Swiss company Allseas to abandon the project.

The expanded restrictions will target a wider variety of companies, including those that render insurance, reinsurance, underwriting, testing, inspection, or certification services “necessary or essential for the completion of such a project.”

"Providers of services or facilities for technology upgrades or installation of welding equipment for, or retrofitting or tethering” of pipe-laying vessels are also in danger of US sanctions, according to the bill.

About 120 companies from more than 12 European countries will reportedly be affected.

The US House of Representatives and the US Senate are expected to vote on the final bill next week.