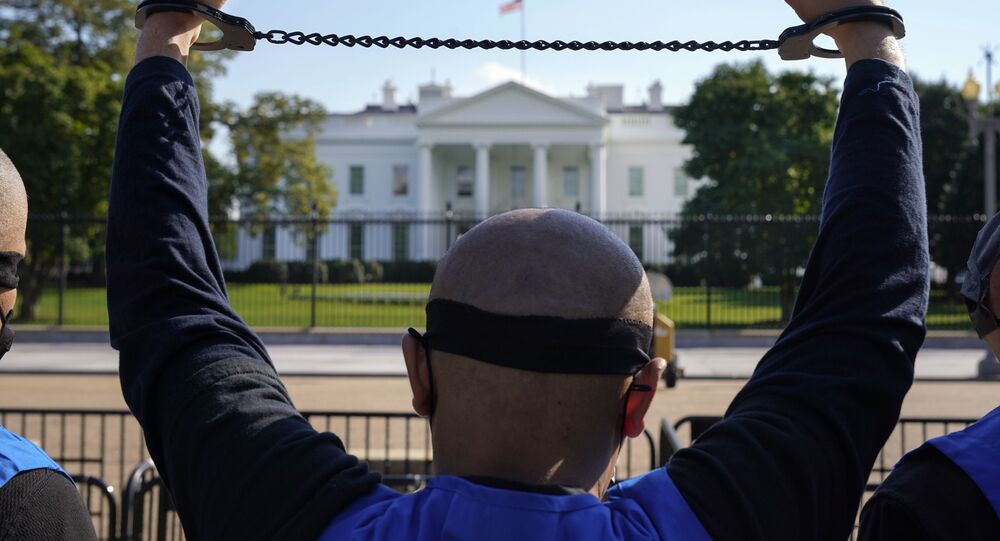 US Blocks China Cotton at Border Claiming Use of Convict Labor

WASHINGTON (Sputnik) - The US government issued an order to block cotton imports from a Xinjiang governmental organization in China, claiming that they were produced through the use of convict labor, the Department of Homeland Security (DHS) announced in a press release.

"The US Department of Homeland Security announced today that US Customs and Border Protection (CBP) personnel at all US ports of entry will detain shipments containing cotton and cotton products originating from the Xinjiang Production and Construction Corps (XPCC)," the release said on Wednesday.

The Customs and Border Protection’s Office of Trade directed the issuance of a Withhold Release Order (WRO) against cotton products made by the XPCC based on information that reasonably indicates the use of forced labor, including convict labor, the release said.

"The WRO applies to all cotton and cotton products produced by the XPCC and its subordinate and affiliated entities as well as any products that are made in whole or in part with or derived from that cotton, such as apparel, garments, and textiles," the release added.

The WRO on XPCC cotton products is the sixth enforcement action that the CBP has announced in the past three months against goods made by what the US agency suggest is forced labor in China’s Xinjiang Uyghur Autonomous Region, according to the release.

The Chinese government denied the allegations, offering that the camps were built to provide vocational and Chinese language training for Uyghurs and any other minority.