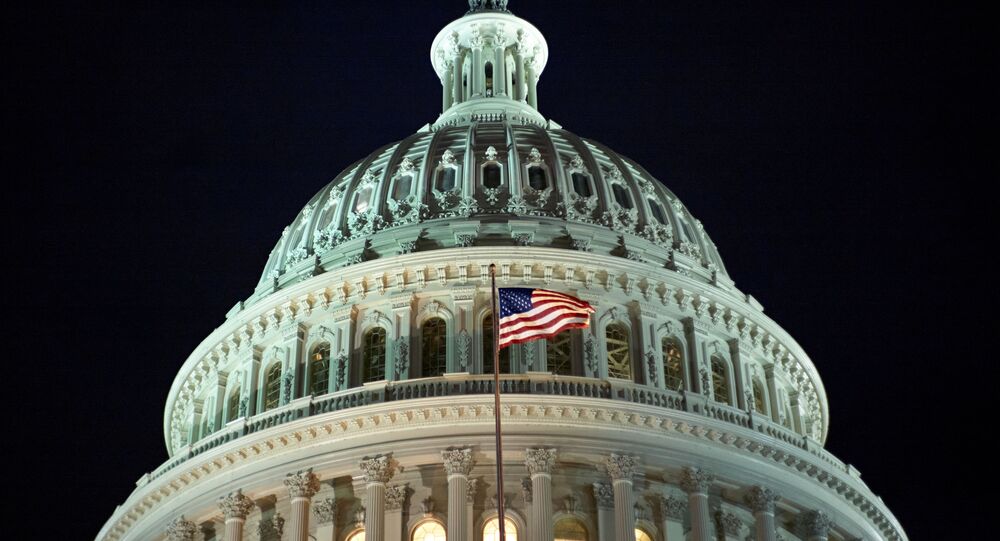 Earlier on Tuesday, US President Donald Trump announced that he would veto the National Defense Authorisation Act (NDAA) unless the bill it contains guarantees the termination of Section 230 of the Communications Decency Act (CDA) - legislation protecting tech companies from lawsuits over user content.

US Congressional negotiators on Wednesday agreed on the final version of the bill containing the NDAA 2021, which apparently does not include termination of CDA's Section 230 that President Donald Trump earlier demanded, vowing to veto the entire bill otherwise.

“We have reached bicameral agreement on the FY21 NDAA, which authorizes funding for the Department of Defense and the national security programs of the Department of Energy", Smith and Thornberry stated. "As is the case every year, this agreement is the product of months of hard-fought negotiations. This year we have toiled through almost 2,200 provisions to reach compromise on important issues affecting our national security and our military".

According to the statement, the NDAA will include "important provisions affecting our national security", including tools to "deter Russia and China", funding for military infrastructure and reforms for the Pentagon - hiowever the bill that contains the military budegt will not include a separate notation for the elimination of Section 230, that Trump has been targeting for months.

“For 59 straight years, the NDAA has passed because Members of Congress and Presidents of both parties have set aside their own policy objectives and partisan preferences and put the needs of our military personnel and America’s security first. The time has come to do that again", according to the statement.

Earlier in the day, Senate Armed Services Committee Chairman Jim Inhofe, a Republican, told reporters that a measure to repeal Section 230 would not be included in the new defense spending bill, adding that he had informed Trump about the decision.

The US president earlier vowed to veto the NDAA if the bill does not also suspend Section 230 - legislation within the Communications Decency Act that shields social media platforms from liability over user content.

© REUTERS / ERIN SCOTT
U.S. President Donald Trump gestures as he participates in a Thanksgiving video teleconference with members of the military forces at the White House in Washington, U.S., November 26, 2020.

Trump, who does not enjoy a warm relationship with social media, accusing the culture of bias toward conservatives and of being "owned by the Radical Left", announced his intentions on the NDAA on Tuesday.

"Section 230, which is a liability shielding gift from the U.S. to “Big Tech” (the only companies in America that have it - corporate welfare!), is a serious threat to our National Security & Election Integrity. Our Country can never be safe & secure if we allow it to stand", he tweeted. "Therefore, if the very dangerous & unfair Section 230 is not completely terminated as part of the National Defense Authorization Act (NDAA), I will be forced to unequivocally VETO the Bill when sent to the very beautiful Resolute desk. Take back America NOW. Thank you!"

The current White House press secretary, Kayleign McEnany, later outlined that the president was "serious" about his intentions, citing "real grave concerns" over the legislation.

This is not the first time Trump has threatened to ban the NDAA. Earlier he sought to stop an initiative to strip the names of Confederate war figures out of military bases. The initial versions of the bill rolled out by the House and the Senate included that requirement, with the Wednesday deal following the original language, Inhofe confirmed, cited by The Hill.

Now, as Trump has insisted that Section 230 be scrapped, his social media posts are subject to what are being claimed by  supporters as censorship, with Twitter tagging practically every Trump tweet that references allegations of voter fraud in the recent US election, using labels noting that the election rigging claims are disputed.

The heads of Facebook and Twitter, Mark Zuckerberg and Jack Dorsey, respectively, warned against the elimination of Section 230, as they testified before the Senate on big tech's role in the US election. The two did agree, however, that the legislation needs updating.