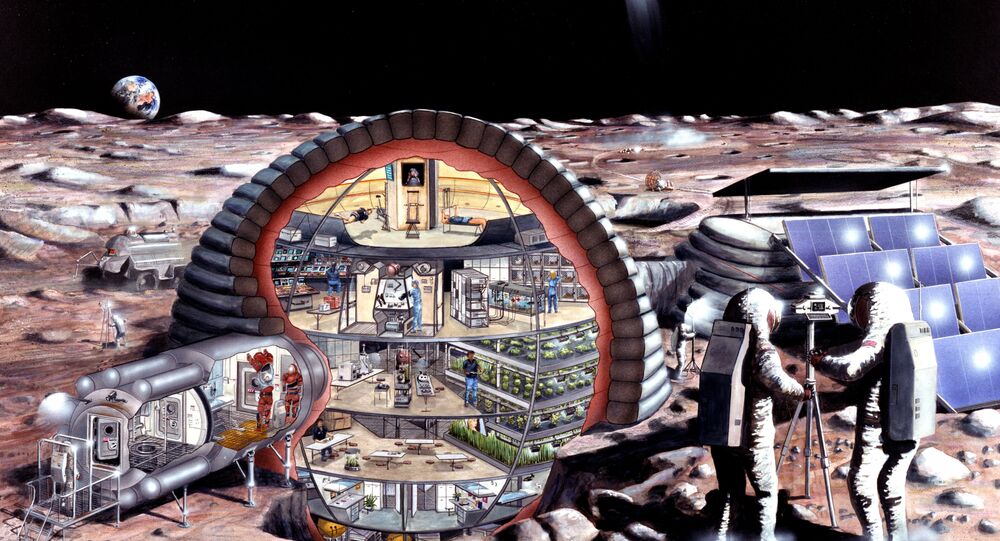 The new armed service branch was founded on 20 December 2019 and is believed will survive in the potential Biden administration, although the former vice president said little about his space plans during the campaign. Citing Washington aerospace and defence consulting firm Velos, Space News alleged that the change in who holds the keys to the White House "does not portend any immediate abrupt changes to US national security or civil space programmes". It does, however, appear that NASA may shelve some of President Trump's ambitious programmes and re-prioritise climate change research instead, according to Business Insider.

US Space Force is Likely to Stay Intact

Joe Biden's policy on space isn't exactly clear since not much has been discussed or offered during the campaign, admits Dr Namrata Goswami, an independent strategic analyst and author specialising in space policy.

"With regard to the space force, the Biden administration should be expected to continue supporting the development of the institutional structure given the development of the service has bipartisan support", she says. "However there is concern that the momentum to move forward to developing a truly independent service might lose momentum".

The Space Force's first birthday on 20 December is drawing nearer and the military branch is signalling that it is going to enhance its activities and step up rocket launches to boost the protection of US space architecture against "adversaries developing space weapons". "There'll be more national security space launches in the future that we'll also need to be put onto the schedule", 45th Space Wing Commander Douglas A. Schiess told the Washington Examiner on 30 November.

What Will Happen to Trump's Artemis Programme?

When it comes to civilian space projects, Biden's space policy may be less ambitious than that of Trump, says Goswami, referring to the president's initiative to send the first woman and the next man to the South Pole of the Moon and creating a capability for space development and extraction of resources under the ambitious Artemis programme.

The endeavour was initially kicked off by the White House in 2017, while in May 2020 Reuters reported that the Trump administration was drafting a "legal blueprint for mining on the Moon" under a new US-sponsored international deal dubbed the Artemis Accords.

However, the Democratic Party-controlled House of Representatives did not show much enthusiasm about the president's bold space initiatives, opposing the increase in NASA's budget. In July 2020, the House Appropriations Committee rolled out a funding bill for NASA that was $3 billion less than the $25.2 billion requested by the Trump administration. On 10 November, The Verge reported that Senate appropriators proposed allocating $1 billion in 2021 for NASA's plan to construct new lunar landers to take humans to the Moon again, which was roughly $2.4 billion short of what the US space agency wanted.

"Biden appears to be more focused on climate science and hence would prioritise the development of space capacity building towards achieving this goal", Goswami believes. "This would imply developing and concentrating on low Earth orbit and not cislunar space. That could mean an absence of long term development of lunar capacity for space development", says the expert.

On 10 November, former Vice President Joe Biden named the members of his NASA transition team, with current NASA chief Jim Bridenstine announcing he would step down on the same day.

According to Business Insider, the transition team's makeup, the Obama administration's priorities, and the 2020 Democratic Party platform suggest that the would-be Biden cabinet may step up spending for earth sciences; shift the focus to climate change issues, sidelined by President Trump; extend funding for the International Space Station (ISS), something that the incumbent president planned to axe by 2025; and, probably, land US astronauts on the Moon again by 2028, i.e. four years later than the current occupant of the White House planned.

"As Biden ran on a platform of concentrating on climate change – the funding, and by default space mission plans will likely focus on the same goal", says Ian Whittaker, senior lecturer in space science and astrophysics at Nottingham Trent University. "This will likely lead to more low and medium earth orbit satellites focusing on tracing greenhouse gases emissions such as CO2, methane, and NO. Potentially there will be more imaging satellites as well looking for signs of deforestation, large changes in sea surface temperature, or ice sheet cracking".

Meanwhile, successful launches by SpaceX rockets to the ISS apparently mean that the commercial crew programme will keep running under Biden, The Conversation suggests. Yet another SpaceX Falcon 9 rocket carrying a Crew-1 spacecraft was launched on 15 November. The spacecraft transporting four astronauts successfully docked with the ISS the next day.

"Biden would prioritise international partnerships which would mean that NASA's Artemis Moon programme that aspires for the next human landing based on international partnerships will have support as well as development of NASA's Mars capacity", suggests Goswami. "However that said, there could be a change in the focus of why go to the Moon, as well as the space resource utilisation goal that the Trump administration has prioritised. A Biden administration may instead simply focus on space exploration and space science instead of space development".

As Democrats are generally more open to international cooperation it is likely that there will be increased collaboration between NASA and other countries such as Canada, China, Russia, Japan, India, Australia, and of course the European Space Agency, concludes Whittaker.