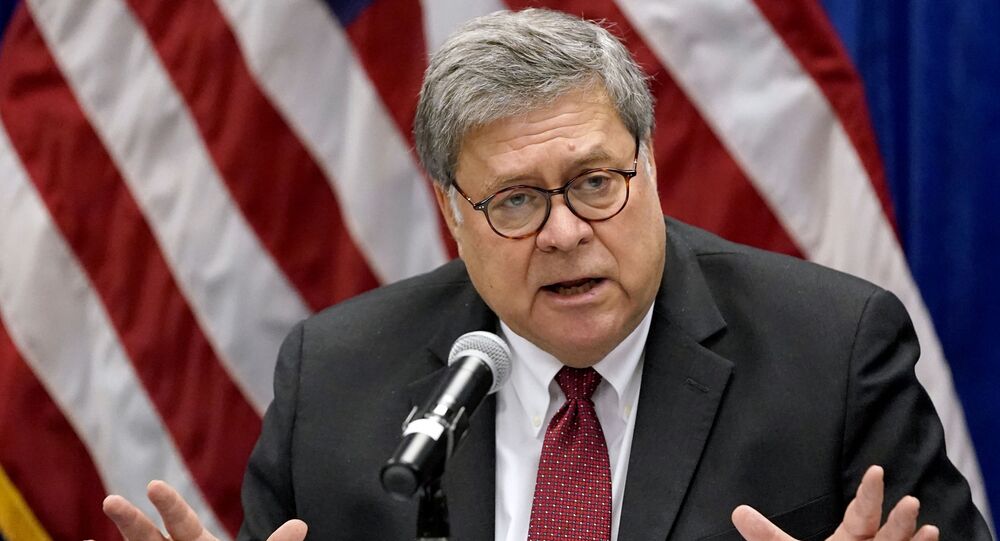 Earlier reports said citing unsealed redacted court documents that the US Justice Department was investigating allegations of a bribery-for-pardon scheme in the White House.

US President Donald Trump has taken to Twitter to call reports about the US Justice Department's investigation into an alleged bribery-for-pardon scheme "fake news".

It was earlier suggested that the US Justice Department was investigating allegations of a bribery-for-pardon scheme by the White House, according to unsealed and redacted court documents.

The scheme allegedly involves a "substantial political contribution in exchange for a presidential pardon or reprieve of sentence," according to documents unsealed by US District Judge Beryl Howell on Tuesday. The names of those targeted in the investigation were redacted.

The court document alleges that there is evidence of a "secret lobbying scheme" in which two individuals acted as lobbyists to senior White House officials without complying with the registration requirement of the Lobbying Disclosure Act.

During the course of the probe, the Justice Department has seized over 50 digital media devices, including iphones, ipads, laptops and thumb drives, along with emails indicating "additional criminal activity," according to the filing.

US presidents have traditionally handed out pardons near the end of their term. Every major US media outlet has projected Joe Biden as the winner of the presidential election, some over three weeks ago. Trump has yet to concede, making claims without evidence of widespread irregularities. The president has accepted, however, that the transition process will begin, as the result has been officially certified in nearly every state legally contested by the Trump campaign.