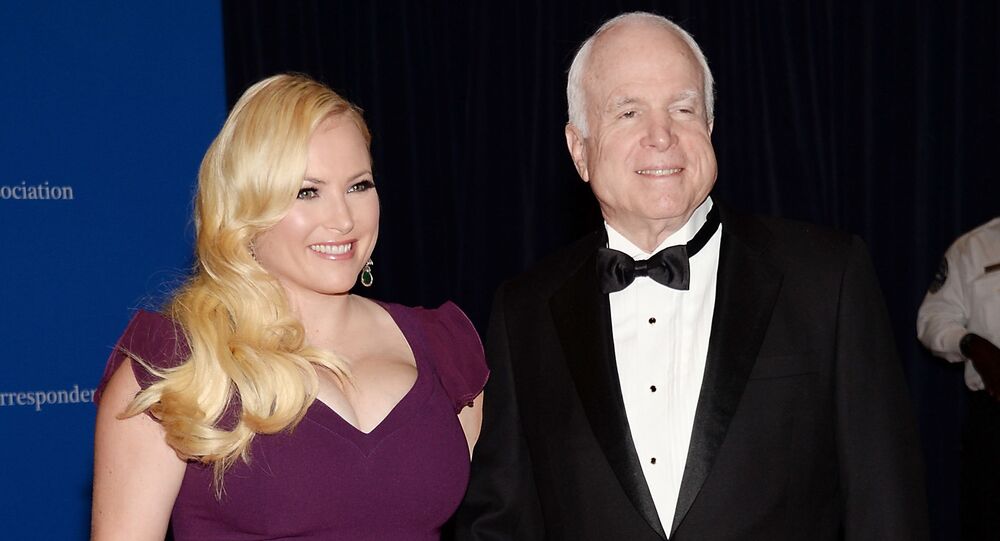 Besides being president of the Centre for American Progress, an influential liberal think tank, Tanden worked on several presidential campaigns, including for former presidents Bill Clinton and Barack Obama.

Meghan McCain, the daughter of late Republican John McCain has criticised the endorsement of Neera Tanden, Joe Biden's candidate for the director of Office of Management and Budget. The 36-year-old retweeted a post by Bill Kristol, a neoconservative political analyst, who once served as Chief of Staff in the George H. W. Bush administration.

Kristol wrote that representatives from across the political spectrum, including "serious conservatives" want a tough minded OMB director.

Please don't insult me and say as a serious conservative I should be supporting the head of the hard-left advocacy group Center for American Progress. Intellectually dishonest and craven on your part Bill. https://t.co/HZ3Eo4u2D8

​Biden's choice raised eyebrows among Republicans, who were harshly criticised by Tanden over the past four years. After being chosen by the Democrat, Tanden reportedly deleted at least 1,000 posts on Twitter in which she took aim at Republicans.

Her candidacy needs to be confirmed by the Senate, currently dominated by Republicans. Some officials even think Biden's pick is doomed to failure. Drew Brandewie, communications director for Texas Senator John Cornyn said, the president of the influential liberal think tank has "zero chance".

Neera Tanden, who has an endless stream of disparaging comments about the Republican Senators' whose votes she’ll need, stands zero chance of being confirmed. https://t.co/f6Ewi6OMQR

Neera Tanden is a big-government, big-spending radical liberal who's a terrible choice for OMB Director.

It's just more proof that @JoeBiden and the Democrats will continue to move further and further to the Left. https://t.co/94knG0xpQl

​Incidentally, Tanden was not only critical of Republicans, whose voices she'll need to approve her candidacy, but also of Joe Biden himself. In a leaked email to former White House Chief of Staff John Podesta, who served under Bill Clinton, Tanden said that had Biden run for president in 2016 he would have made another Democratic candidate, Hillary Clinton, "look so much better".

Neera Tanden is the daughter of Indian immigrants. She was raised by a single mother, who was on welfare for almost two years. Tanden previously said she is the living example of how government programmes can help people. She received a Bachelor of Arts from the University of California and graduated from Yale Law School with a Jurius Doctor degree. She's worked on several presidential campaigns, including in 2016 for former Secretary of State Hillary Clinton. If her candidacy is confirmed, she will become the first Indian-American and the first woman of colour to serve as the head of the Office of Management and Budget.