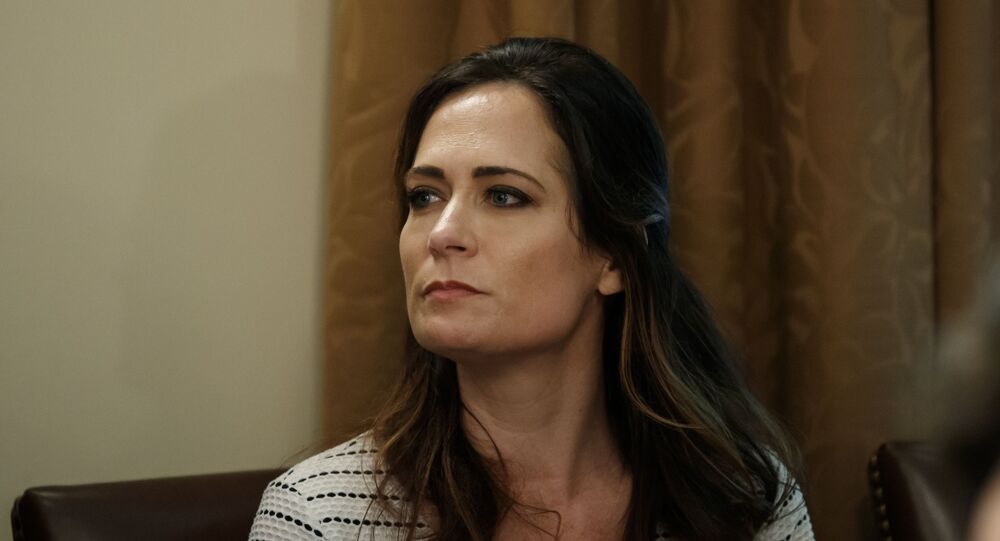 As President Donald Trump instructed the White House to get ready for the transfer of power in the run-up to the 20 January inauguration, a number of people in the president's inner circle have ostensibly engaged in a blame game for issues in the administration.

Stephanie Grisham, Melania Trump's close aide, has come under fire, being targeted in a "hit piece" in the New York Post, accusing her of failing to propel First Lady Melania Trump to the cover of the September 2020 edition of Tatler magazine. Prior to that, Mrs Trump had given an interview to the magazine via e-mail, but it was ex-senior royal Meghan Markle whose photo was featured on the front cover of the British lifestyle edition, not Melania's.

Dwelling on the possible reasons for this, the NY Post claimed the first lady has been "ill-served" by Grisham, citing certain "White House insiders" and "administration loyalists".

"Out of nowhere and a complete hit piece", a senior administration official told DailyMail.com, commenting on the explosive publication. "I've been trying to figure out what logic can be in it and I can't find it. It't two months until the end of the administration. I really don't understand where this is coming from there", the official went on, acknowledging though that more stories like this are yet to arrive, as White House staffers supposedly tend to send jabs at one another ahead of a new inauguration.

"I think unfortunately it probably is", the official said of the prospect of more such pieces coming soon, adding "this is not uncommon with some of the folks around the president".

In the meantime, aides have been fighting in the press about taking sides – some encouraged the president to invigorate his legal battle in the wake of the election results, whereas others opted for a more rational approach, having attempted to talk the president into finally conceding defeat to his Democratic rival Joe Biden.

"When it's out of the starting gating on Jan 20th, it's every man for yourself", another senior administration official commented on the mood that has now settled in at 1600 Pennsylvania Avenue.

Grisham is among the few people in the Trump family's orbit to have stayed in the White House starting from the onset of Donald Trump's 2016 presidential campaign, until the end of his tenure, which is now drawing near.

She started off her bumpy career in the administration as a press aide on the campaign, before becoming a deputy in the West Wing press shop.

Grisham then moved over to the East Wing to be Melania Trump's spokesperson, after which she returned to the West Wing to be press secretary and again joined the first lady's team to work as her chief of staff, as Trump's latest White House Chief of Staff Mark Meadows moved to abruptly purge the press office, installing Kayleigh McEnany as press secretary and Alyssa Farrah as communications director.

On 24 November, Biden, who went ahead with his inauguration committee, made public his first cabinet picks, including Secretary of State (Antony Blinken), Homeland Security Secretary (Alejandro Mayorkas), Ambassador to the United Nations (Linda Thomas-Greenfield), and Director of National intelligence (Avril Haines).

Former Secretary of State John Kerry was announced as taking the lead in combating climate change issues – one of the centrepieces in Biden's campaign.