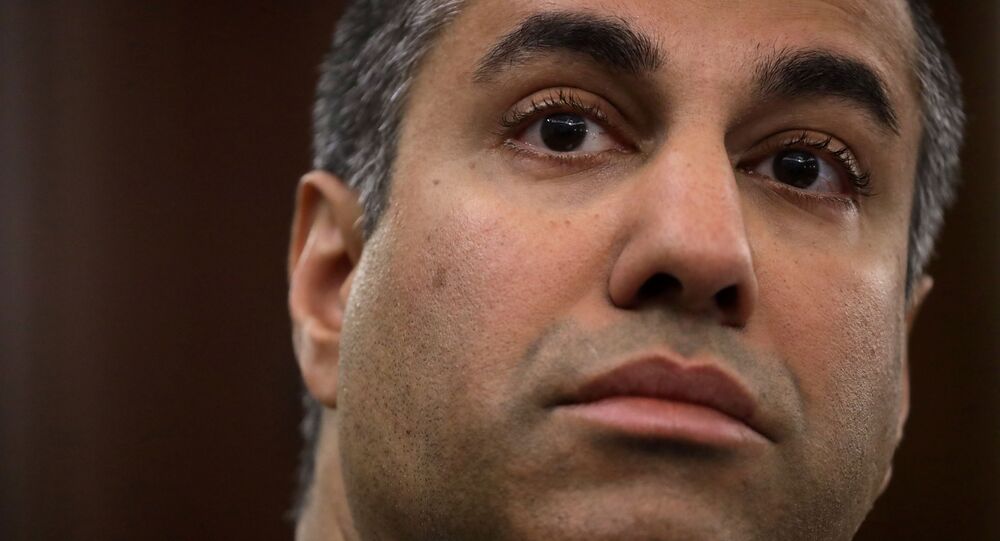 WASHINGTON (Sputnik) - Federal Communications Commission (FCC) head Ajit Pai stated that he has handed in his resignation and will step down on January 21, according to a statement issued on Monday.

"It has been the honor of a lifetime to serve at the Federal Communications Commission, including as Chairman of the FCC over the past four years," Pai said. "I am grateful to President Trump for giving me the opportunity to lead the agency in 2017 [and] to President [Barack] Obama for appointing me as a Commissioner in 2012."

Pai, the first Asian-American appointed to head a US federal agency, carried out an ambitious policy of deregulating many federal communications activities.

Pai scrapped net neutrality rules in 2017, freeing the major Internet service providers to favor some forms of Internet activities and communication over others.

Pai also scrapped or relaxed previous federal regulations, justifying the moves as an attempt to accelerate the development of nationwide 5G communications systems. He also freed up the spectrum for cell phone companies for increased oversight on Chinese communications companies, claiming that Beijing telecommunication technologies were a threat to US national security.

China Telecom Requests FCC Not to Revoke its License in US